A message from Mr Schwarzenegger...

This is the guy the GOP should have had as its Presidential candidate in 2016.
(yes, I know he’s not eligible as he was born in Austria) 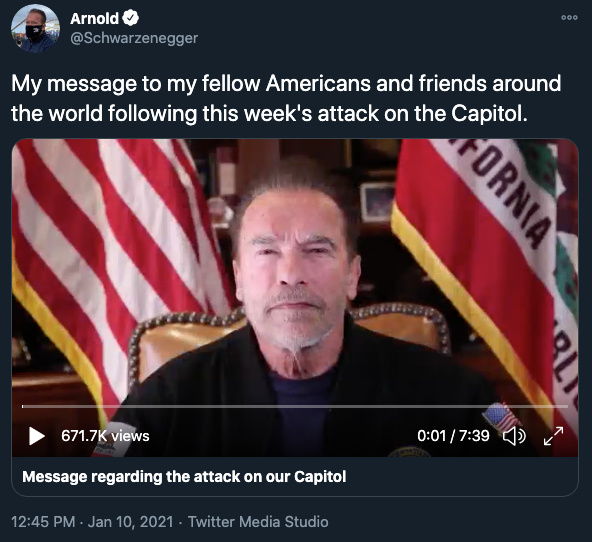 Thank you for sharing, he’s what a real Republican sounds like.

And allowing 2 people from same party to run for same seat is a joke, cali’s GOP is also a joke and Reagan’s amnesty bs was the kiss of death