Greybacks real name is actually Predator 1718 or to be more precise, the Golden Angel!

Greyback first visited Earth in 1718, when he encountered pirate captain Raphael Adolini and assisted him in fending off his mutinous crew. At the end of the deadly battle, Adolini gifted the Predator with his flintlock pistol before succumbing to a gunshot wound. Greyback then buried the captain and gifted the dead man with his otherworldly sword. 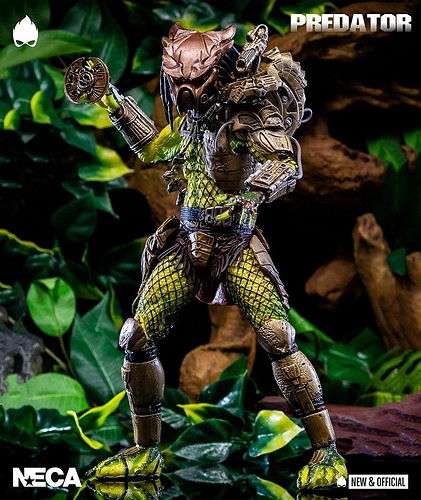 looks kind of like the eclipse mask…or at least one of them.

I knew because I have that toy

Greyback then buried the captain and gifted the dead man with his otherworldly sword.

Excuse me, is there a map to this buried treasure?
Because it would total be awesome to get an Elder Sword for FT by finding pirate treasure.

Oh man I want this blade to be in the game so bad! 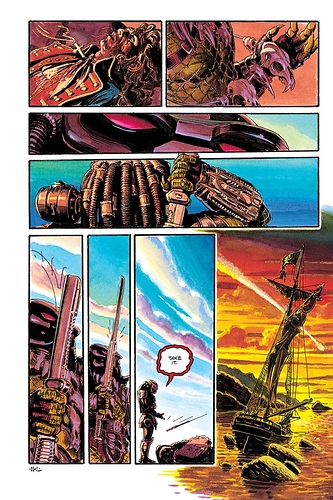 That is way cooler than an Elder Sword.

I know right I do want this! 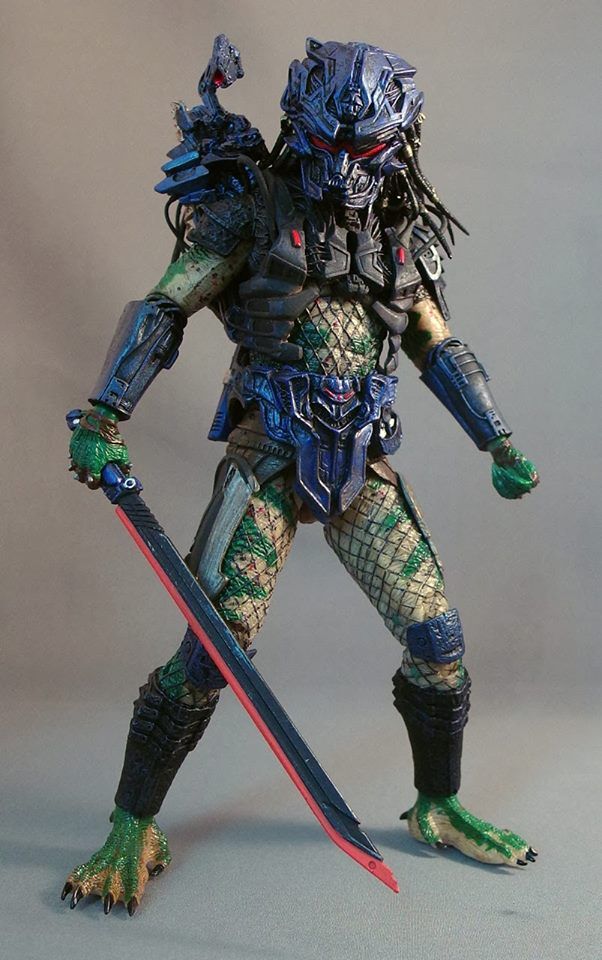 This gear would be dope asf

Greybacks real name is actually Predator 1718 or to be more precise, the Golden Angel!

Nope. Stan Winston’s crew called me Greyback after developing me from the original P1 costume. Those other names are just BS made up by comics and toy companies.

‘Fake News’, as the orange halfwit is fond of saying.

This gear would be dope asf

this helmet looks like a head from a Transformer lmao

yeah I don’t like how they modified the lost Predator and gave him all the extra stuff. For me it says something about his skill given the fact that he only has a knife in Predator 2… that’s it. Like this guy is ballsy enough, and confident in himself enough to only walk around with a machete, no wristblades even, no computer on his left arm, no caster, spear etc. So giving him this super gear was a lame idea, not to mention the biohelmet and the sword are just so cheezy imho takes away from the cool design lost already had

WOW it really does lol I still like it tho😂😭

Well Optimus Prime is the voice actor for the Predator

no I agree and that’s fine, but the Kenner stuff and the lost armor just looks too idk how to say this like trying too hard to be sci-fi. I also don’t like the Lasershot predator design as well, because I just think it’s like visual bombardment of my eyes. Too many colors, too cheap and cheezy for my taste.