Feedback On This Update

Bots are cool but bad AI lets them down. Cleopatra isn’t worth it imo, I was hoping the disc would actually be a bit better and Cleo being more like Valkyrie in that regard. Players who bought Cleo on other platforms can’t even access her.

I personally won’t be paying for Cleo when I can wait for the free Disc next month.

Another way is adding an Anubis Predator, you already did Viking then Valkyrie, so why not Cleo then Anubis. Anubis being like Valkyrie, comes with a Khopesh or a Scythe, hit and run style, controls a Scarab drone to scout where Fireteam is, etc.

Everyone is wanting a gauntlet mode, who cares about balance, just add it, make people happy.

Likely, given the tapes but why how does a skin make the game better for you lol

They have to make a new model and hire the actor to voice the character again, plus I’ve enjoyed Andrien Brody’s acting, with Predators on the other hand it’s just a new skin and that’s it.

I don’t want an Anubis predator they shouldn’t just just release a predator with a theme and then say “oh now let’s release the same predator BUT NOW ITS A MALE/FEMALE” it already feels tiresome when we got Viking/Valkyrie back to back. I want more movie/comic predators

You will get Tiki Predator and like it!
(Its in the files is what makes that worse)

Sure he’s a movie guy but so what

Im so fucking tired of movie characters especially for humans.

Give us comic preds that are actually good like Ahab.

Cleopatra needs a speed and stamina buff. Its too easy to be sent into second wind, chased, and killed due to her slow maneuverability. Anyone with good aim can take her down real quick and it makes her hard to dodge bullets for that. Not to mention that anyone who is going in Predator hunting can easily chase her down due to her slow speed and low stamina. She is too easy for Scout and Assault classes for them to take her down.

Not to mention she was hyped up to be a highly skilled Predator with high prowess but the game does not reflect that.

And her disc spins when just held in hand 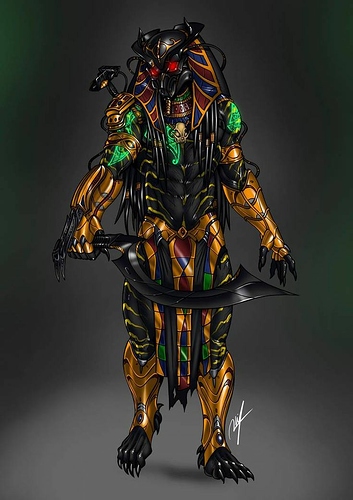 Agreed! I thought at first she’s a better Berserker but nope, actually the opposite. Which is unfortunate. @OldKingHamlet when our next update comes, and you guys do some balance and upgrade changes, please don’t lower any of her stats!! Make her this insanely durable pred; meaning you don’t even have to boost her speed, just max her stamina out. Orrrr!! Go the Titan (Cheetah) route, keep her stamina the same or lower it a bit (don’t recommend this one) but max her speed out. Please!! Do not touch her Gear or Health.

If not boost the stamina, just keep it, dont decrease it. Just boost her speed, its slow for no reason at all. Seeing how the devs play the game, they don’t seem to understand that there are players who are capable of chasing and huntin down Predators. Cleo is super vulnerable to such tactics than even the Viking itself. This makes her basically useless. Give her Hunter speed, I think thats fair for a character that was build up for almost a year now, make her the badass she was told to be.

I do wish there was more though

Cleopatra should have skins for at least 2 weapons imo

The disc isn’t supposed to spin unless thrown (I think)

Some FT stuff should have also been included

Plenty of weapons/outfits/gear/attachments that could be added

Anubis is a great idea, as is the sickle getting a skin.

Anubis is a great idea 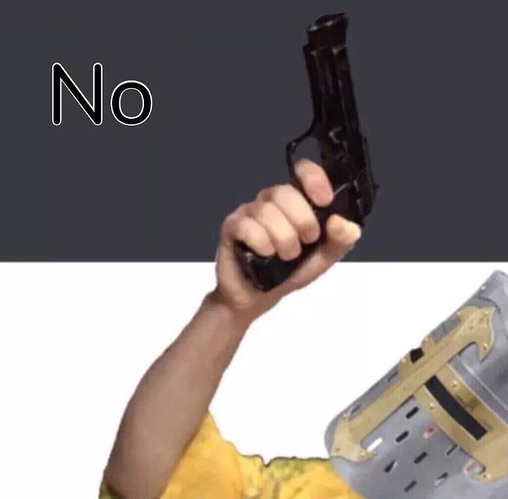