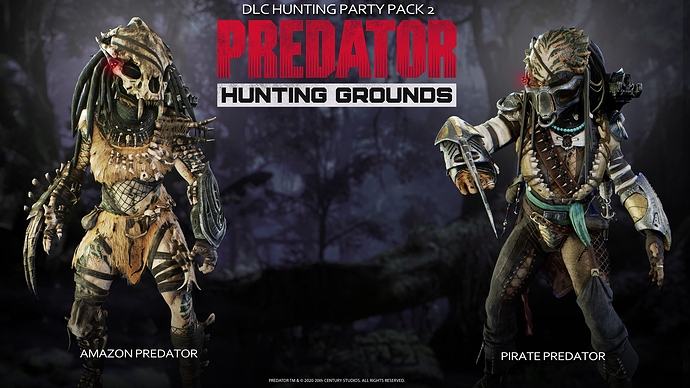 An incredibly prolific hunter first observed operating deep in the jungles of Brazil. She’s notable for her number of confirmed non-human kills, indicating she has either a resolute hunting code or is easily bored.

A rare, perhaps unique, Predator, she eschews the protection of the jungle for the challenge of the open sea. A scourge of great ocean hunters, she’s inspired more than one seafarer’s tale of monsters from the deep.

You need to git gud

You still there buddy

Anyone know the gear and perk points

@Courier
Have you ever heard about “bug fix” ?
or something like “balance patch” ?!
Do you know what are these ?!

Literally have one fucking job

@nomad are you writing the stories for Illfonic now? Tf is this shit 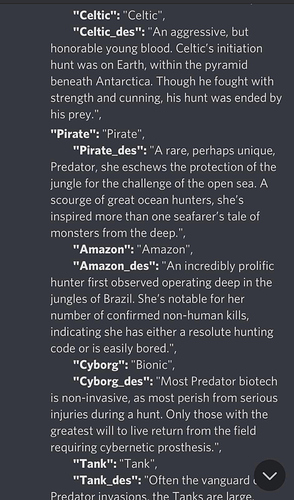 Pirate pred lol. Look at the state of it!!!

This is a new low. James Cameron disowns anyone who buys this. You’re enabling incompetence.

U guys are the BEST thx so much for this garbage.

Again a re-Skin! I loved this game and u guys at a point. But this shit…OMG
BTW thx for the tournament prize👍🤣

Are the Preds literally just Bionic stats or something?

ARE YOU FUCKING KIDDING ME!!!

From the stats in-game and the health Test snippety and I did, sadly yeah

Maybe they can give us this shit pack for free? I’m still waiting for my damn CODES!!!