Do you guys know it takes about 4 to 5 hits with the knife to down a predator in this game? What exactly was going through developers head when he had a brilliant thought of giving the fire team ability to defend themselves from wristblades/combistick and downing a predator, a FU***** PREDATOR with a knife… Illfonic, do you remember why F13 was so fun? Quiz Jason was almost unstoppable and every one was afraid of him. In “Fire team Hunting Grounds” however… spotting and highlighting the cloaked predator, 2 sec healing while running, bringing dead back to life and now this… the ultimate knife of destruction… what’s next? Pigs will be able to kill him to? Predator is not UP at all, no, it’s the fire team that is ridiculously OP. Played correctly, they are absolutely unstoppable. What’s the point of this game than?

Seems like this game was created to humiliate the Predator. No ability or weapon gives the Predator anything: the Stealth mode does not work, because you can be heard and seen + anyone can mark the Predator in some completely magical way so that the whole group sees it - this is complete nonsense, you can’t even sneak up on to the group at least to look at them, because you will be seen on the horizon much faster than you understand it yourself. The network does not work, because you can get out of it very quickly + it is not clear why a person can move when caught in a net - nonsense. A disc is heard for a whole mile during its flight, even if you are in a building, you still hear the sound of an approaching disc … OMG. Plasma gun - you need to sooooo long hold the fire button before firing to inflict any damage - nonsense. Separate pain and suffering of the Predator is its melee attack, you apply a couple of blows and the player continues to run away and manages to turn around to shoot you, and you enjoy the animation of the Predator’s blows from scratch and get shots in the face. You can endlessly list the predator’s weaknesses in this game. For me it is the misery of playing for the Predator. And I’m already tired of playing for FireTeam, because it’s very easy, the whole game is to quickly reach any target, no matter how many enemies and have time to kill someone first. All the time spent in this game (3 days) FireTeam in 90% of cases kills the Predator, I constantly hear, see and mark him before he sees our random team. This is not normal, it is a complete imbalance.

How do you lose against a knife??? Im so confused. Ive had multiple people trying too knife me, and they never succeed. Because you can just jump, and get some distance. Switch too plasma caster, and simply delete them.

The topic of the knife being too powerful and ways to balance it is covered in my questionnaire. Have a look at my post. We’re counting on your feedback.

Fill out this Questionnaire for Balance feedback! Don't be lazy. Do it once. Get data! Feedback

There has been much discussion about balance. Some say the game is well balanced. Others say the Predator is too weak, some too strong. Instead of bickering about it on the forums lets collect our opinions on balance in a structured way. Follow this link to a Questionnaire I’ve made on Google forms: If we want to get our opinions across to the developers in a way they can take seriously then please take 10 minutes to fill this out. It’s time better spent than arguing back and forth on the f…

I did not lose against a knife, I’m killing predators with it. Every time a hunter comes at me with his combistic or wristblades - he is basically dead meat. Just blocking his attacks and getting him in to second wind in 4, maby 6 hits. Absurde… ruins the game for me. I loved F13 quz I was seriously afraid of Jason. This “hunter”, in this game - he is besically my bitch XD 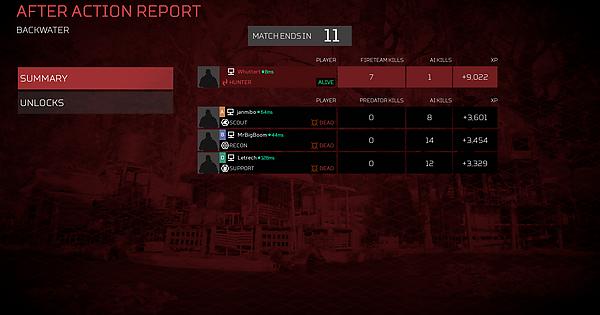 4th guy quit after I killed him for the second time. Also a recon on PC. Sniper rifles are OP, but thats it. They used gren launcher/lmg and sniper, and tried full on parrying. Like I said please go ahead, and parry me. I will destroy you. The ones that do die because of knifes are just bad players. They will get better eventually

Congrats, we all win from time to time - not the point! The knife is OP, period. I know it is a attep to balance predator weapons but it brakes the game. Needs to be reworked, like the knife brakes after 2 predator attacks or something like that

Im pretty sure im on like a 90% winrate with predator, and marine. I only lose when I play poorly, or when they have several OP sniper users that know how too aim. Yell all you want, but if you get caught by a knife as predator, you are stupid. Have a little self reflection, and stop blaming everyone/ everything else.

Knife is insane, good for you btw for doing well, I’ve avoided predator due to the learning curve he has, but my parrying skill is getting good, played against a predator that tried what you said, kept away after the first parry and went to blast me, but without that full charge a plasma caster isnt gonna down me, I just took cover, I’m doing the opposite of you, I destroy predators in melee, I’ve died twice in 5 matches, but both times the predator couldn’t escape after killing me because I’m just there to get the first parry maybe second if they arent smart, and the rest of the team shoots him and or stabs him, one parry and 3 people stabbing you, you have a fraction of a moment to escape and heal before we pull our guns. Fireteam melee is definitely better overall when compared to the predator.

Posting a screenshot of a match you had doesn’t prove your point since there’s no evidence proving what kit they used, their skill level etc.

I can show you just how overpowered the knife is in this clip. 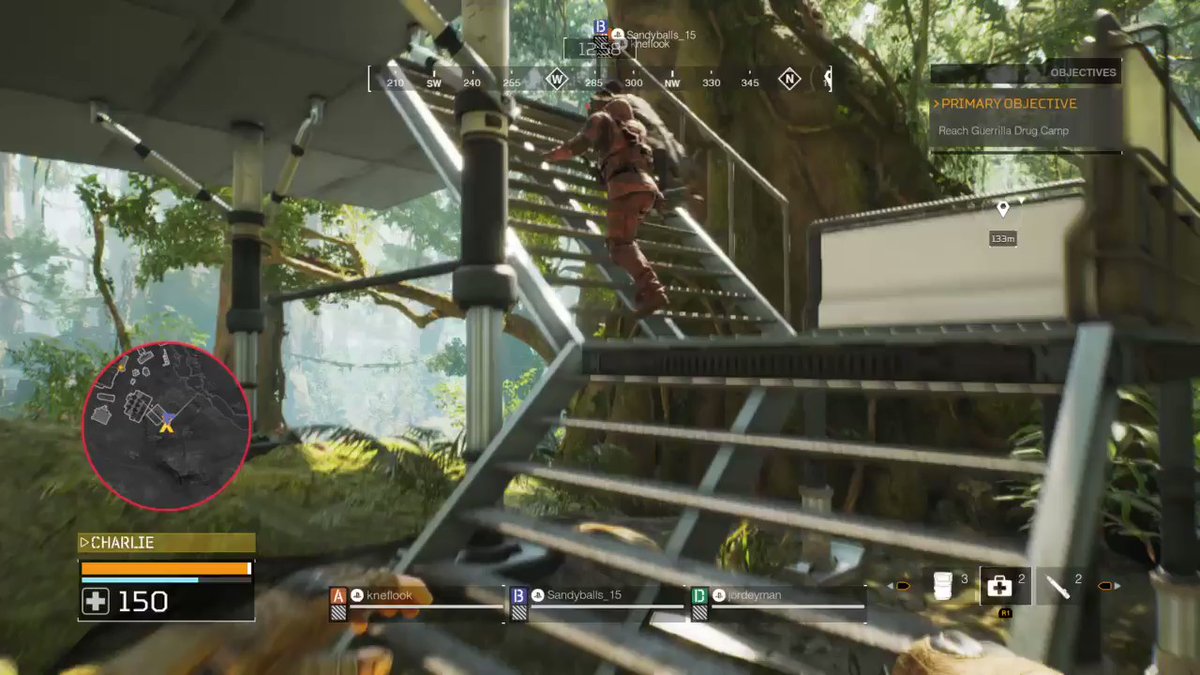 Don’t embarrass yourself dude, nobody cares about your performance. You could be winning every game as predator but that doesn’t prove he isn’t weak.

Thank you LordOwl, that is exactly my point

Yep you showcased how a predator jumped into 3 people. Good job. Totally proved your point

OK its clear by now that you are just another naive little fanboy who will defend this game regardless of the blatant flaws. I hope form now on that NOBODY responds to anything you write going forward, you are toxic as shit and you will swallow whatever the developers feed you.

Grow a damn brain and wake the fuck up.

Didn’t jump into us as you saw clearly in the video.

We literally ran up to him and cornered him.

Thanks for proving yourself to be ignorant.

In my experience Predator lose in 90% cases.

And? I can make a tons screenshots where I win with fireteam

I have found turning off cross play because the pc hackers is the problem.

That’s what happens to scouts unfortunately, I agree it seems a bit much but it does say speed for durability trade off, and most scouts bounce around enough to avoid stabs but there is the rare team that lays a trap then just knives you down