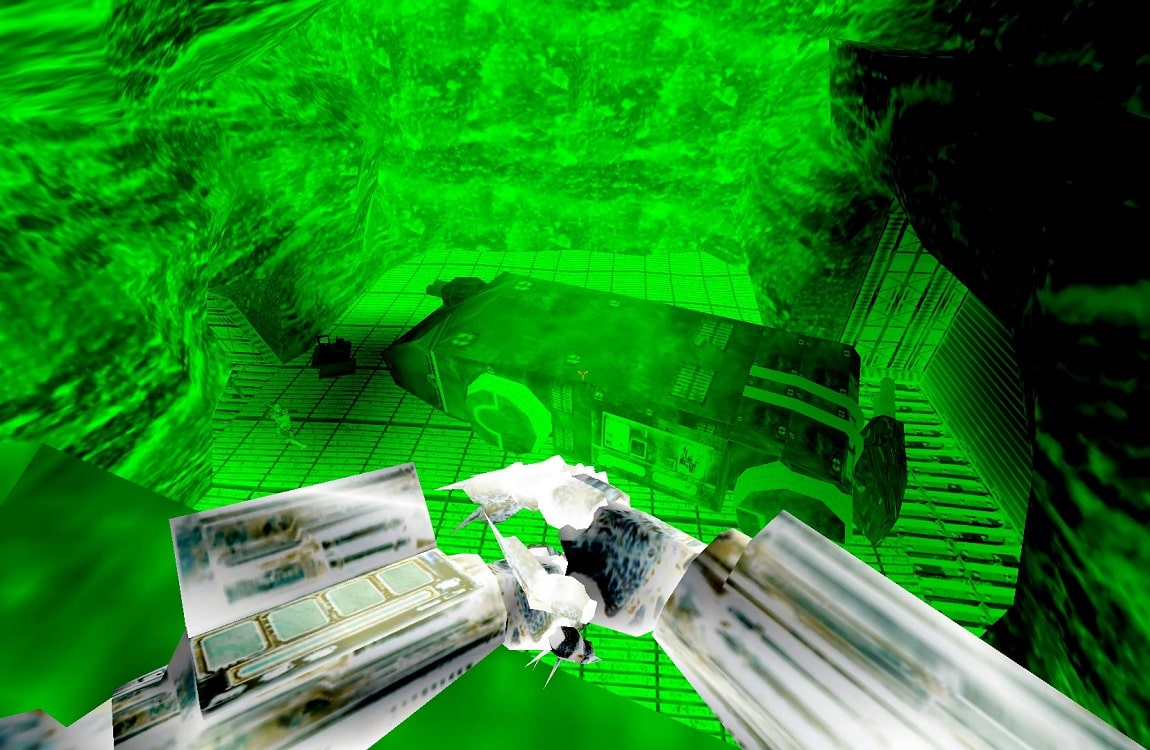 This pretty much speaks for itself

No it doesn’t. What’s the gameplay rationale for it? In the AVP games it was to keep you on your toes against different species, but we don’t have that here. It’s a lot of work so it would have to be a pretty compelling reason.

See in different types of isolations, in heart beat, increase terminal so can see in builds

I’m not saying there’s no way they couldn’t be implemented, but for every small addition like that it’s going to cause a ripple effect in other work. A heart beat mode would bypass the mudding, for example, so then you’d have to work on a means for the fireteam to counter that, etc etc.

Adding complexity for its own sake is rarely a good idea, especially in game design.

Well, imo this new vision modes could be as a part of preds Mask upgrade process (like ft weapon upgrades)

I think it’s a great suggestion.
The problem is that there are some Members of this Forum, who want to see Meaning and Relevance in every Suggestion that is presented.
If the suggestion is Cool, even if it’s just to add more new content to the game, that’s will be great!.
We’ve been playing for over a year with the same views as the predator.
Adding New Views would be Really Great.

Like adding new skins? I think we can all take that blow XDDDDDD

So the heartbeat vision can actually work without being OP, just limit its range to say 20m and make FT indistinguishable from AI in that mode.

As far as other vision modes though I don’t really see the use. It’s not like the FT is running around with UV equipment, we don’t and won’t be getting Xenomorphs in the game, so…what else are you gonna see?

Say what you want about the skins, but they keep people invested in the gameplay loop, working to unlock them. Surely you, of all people can recognise that, given all your (awesome) custom builds.

Unless additional vision modes can add a compelling new wrinkle to the gameplay I just think it’s empty filler and time/resources that could be better spent on other aspects of the game, like a night mode.

It would be cool to get a visor customization with multiple color schemes and mode change sounds. It would be very atmospheric to make different schemes for different masks.

given all your (awesome) custom builds

Thanks! ;-)
And yes, I know, skins are cool, but from time to time they could focus on something else XDDDD

Exactly, add in a thermal range that detects number of AIs killed (which can easily be tracked anyway from the tab menu minimap) this being equal to heat coming off weapons . this would be useful during combat to see whose on the ball and whose just tagging along- this tells you who might be an easy target and who is not.

Sound vision would work just fine.
Basically have what we have now but say black instead of blue (so as to not confuse players and make each version unique), sound cues become the highlight.

Mudding up would be useless because outside characters like Dutch getting a damage reduction the Predator wouldn’t be able to see them anyways until they opened fire. But if treated like a perk the players wouldn’t know that unless Predator informed them ahead of time. This would also couple nicely with Predator perks like sound cues being bigger so it’d be much easier to find Fireteam.

Fireteam would have incentive to use silencers and audio decoys. They would also be deterred from spamming the emotes.

Predator would be able to find FT easier once they or the A.I opened fire which can have the benefit of more stealth builds.

You’d then be able to keep Target Isolation as is but unless the pig squealed you wouldn’t be able to see them in vision slowing down Predators endless buffet.

I manage to get through camps regularly without being detected. Takes a combination of sniping and crouching in undergrowth. Silenced weapons are obviously a must.

Can you finish a mission without single ai shot ?

You mean not a single AI shooting at me? Obviously not, as the timed mission objectives and exfil countdown both involve alerts.

If you mean not shooting a single AI, also no, but that’s a very particular definition of stealth. I’m frequently able to snipe sentries, disable the alarms, and pick off any survivors in a camp without triggering an alert.

To me, stealth = not triggering any non-essential alerts, which is entirely possible if you play carefully.

True but I mean ft are not able to finish a mission in full silence mode (zero shots from the ai and alert, pred should not hear any sounds on the map) because of poor ai mechanics, same timer defence missions and chopper defense mission