Please, rewatch your balance scheme Illfonic. We love this game, but we can't feel joy when playing it because of balance

We already have broken builds in all sides, Predator and Fireteam. Predator with oneshot arrow/plasma and Recon who can spot Predator with 5+ seconds mark. This isn’t the way. I really want to play in the way how i want it, but i can’t because this builds not allow me, on Predator i just can’t play like hunter, i need play like Monkey and always jump near Fireteam. As for Fireteam, you just get oneshoted by Pred if you just stop moving by a second to do a task. Are we really need oneshot weapons in game that basicly 1vs4 “arcade” game? Also, Predator just can’t go in melee without a netgun. There is a screenshot how 1 Fireteam member with Hammerhead can just melt standard hunter(yea, my friend playing on JH but JH has simmilar stats as standard Hunter) 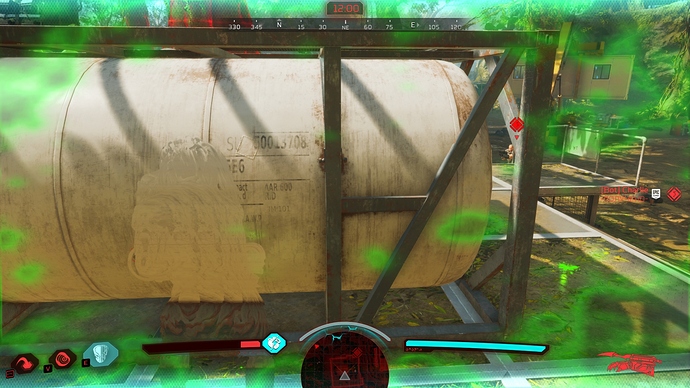 j9RiEGcKNIY1920×1080 682 KB
This is not OK, 1 person in 1vs4 game is not supposed to deal SO MUCH damage. It would be ok only if you 1 left alive, but hey, is this really nessesary? Also, on Fireteam there is no need in other weapons then SAWZ-50 and Hammerhead. Statistics of OWLF Pitbull just lying to us, in the game, it has the highest damage, but in practise it has less damage then Hammerhead. Why? Also, Prototype Plasma Rifle don’t seems to be really high rank weapon(i said it earlier in my previous post about Plasma on FT).
There is my suggestions to the balance:
5 Likes
Durbs2001 January 11, 2022, 4:47pm #2
2 Likes
Deathwing January 11, 2022, 4:57pm #3

Just me and my second personality ;D

You brought up something I never thought about before and I wouldn’t mind this change. The balance right now makes it a 1v1 battle and thats not the way to go. Then you mentioned Last Man Standing and I thought to myself that in this moment when the chips are down, then it would make sense for the battle to have the current balance power of 1v1, as there would be some form of equal chance to win the fight. A great Predator can deal against anyone in a 1v1 fight, so the buff would make sense to give the last Fireteam a fighting chance.

Right now, this 1v1 balance is not needed, as if one Fireteam has the power to take on a Pred, imagine three more behind him, not a fun game at all. However, once it really is a Last Man Standing, may the best player win. In the end, I agree that Fireteam’s power needs to be nerfed down.

Wtf is a new year tree?

Pred doesn’t need a nerf but ft does.

There is a thing:This is a HP based 1vs4 game and if we will nerf only FT damage, now Predator will be broken as hell. Especially Elder with Cleo with their Stalker perk(oneshot Bow in the head and oneshot Plasma). And remember our new Axe Predator builds that oneshots you too. In that type of games, oneshots is unacceptable

Disagree.
Tho I dont focus one shot builds.
But given how ft damage is, and has been, I can see why people do.

However, pred gets burnt through too easily.
Mathematically, it’s just not fair.

Unfortunately, games where its 1vX always favor the group faction.

But that’s just a start.
The game needs a rework, I’ve mentioned several times before. So have others. Ilfonic dont listen though.

So what can you do ya know?

I’m already said that both sides need some nerfs. FT especially. They are too broken and their damage is insane, i think they need nerf FT first

If predator was any weaker, this game would need to be called “Fireteam Training Grounds”

Predator should be strong indeed, but not TOO strong. FT must to cooperate to kill him, but now Predator is a Joke without any oneshot builds

That’s why FT must be nerfed first of all

This has been requested for quite some time now. Even on their stream last year, Illfonic mentioned that FT has the advantage when playing at a certain level (i.e., high level play). But just like every single aysmm game out there, you cannot balance it to cater to the top 5%…it is a casual game and is balanced accordingly.

Illfonic would need to look at meta perks, specializations, etc. and that is something which is considerably time consuming. The number of devs on this game is probably a handful of folks, if that at this point. It isn’t like there are a decent sized group of devs focused on balancing like there is at Behavior with DBD - we can wish for it but I wouldn’t hold your breath on having things tweaked.

Understandable if the game is meant to be casual fun and not meant to be a try hard competitive game like Apex and other shooters but it the *ease of power favorability * is the real issue that people are trying to tackle.

What I mean is that its not hard to play Chess or Checkers once you understand the rules of the game, its the matter of how skillfully the player can execute the win or fail the match. The rules equalize the players and the results of the match solely depends on the two players playing the board game in the end.

Take this to account of PHG, all it takes to beat nearly 90-95% of Predator players is to stick together, cover each other’s back, complete the objectives and escape. The moment Fireteam understands these rules, the current power balance allows them to win nearly every single time. Due to various factors of the game like the insane DPS output Fireteam has, even without just damage stacking perk builds for example, Fireteam will always outpower the Predator. And that’s only if Fireteam is focused on finishing up a mission! Now if they really decide to hunt the Predator, the Predator has very little that it can do to be on the defensive due to the lack of proper variables to equalize the playing field such as better perks, utility, passives, ect. Instead, its the norm of easy wins as the Predator is just a glorified moving target once they are on the run. Only the exceptional can perhaps outclass a strong Fireteam and its still a struggle. As a result of this unequal power balance due to so much Fireteam favorability, it takes less skill to win the match than for a Predator to do so.

Its was never about balancing the power to cater to the top 5%, rather it shouldn’t cater to the very notion of instant win once the rules are understood. If the average Fireteam player adapts to this, the average Predator player will not have much of a chance to win in the game.