Design: basically a mix between Hunter and Viking but as a girl

Open design but mixed with furs, noticably darker ones like wolves.

The class would also have a quiver on her. When full it would still make arrows pop out of no where. When low at say 10 arrows, they’ll still come out of no where but arrows will start popping out of the quiver. And the opposite will happen when regaining them.

The mask would be the same metal as other masks, which I’m assuming is Veritanium, and it would be roughly the shape of a wolf or other hunter animal, maybe even an alien one.

Passives: it’s very important for classes to have a passive otherwise they play the same.

This class will replenish 3 arrows apon killing an A.I, boar, or FT, as well as when you down a FT. This is regardless of kill method.

Having unique specializations will go a long way too

First one would increase the speed of long claims. They’d still be slower than fast claims but you’ll see it’s use later.

Second one would remove the drop off of arrows from all arrow based weapons.

Third one would increase draw speed, and reload speed for all arrow based weapons, at the cost of lower damage. You’d still end up with more DPS but it does limit how powerful it is.

New items: since the class is heavily bow based it would be best to focus on new gadgets

First one would be a snare that can be placed on overhangs. Once a FT is caught they’re held upside down and need to shoot the trap.

If your above them on a tree, you can pull them up and do a long claim. This would pair with the previous specialization though it’s still easily be punishable. The specialization is just to cover you when you get cocky and try to pull it off.

Second gear is a spear and chain similar to the predator’s Assassin predator weapon.

Hitting a FT with this will disable they’re guns, and pull them to you. You can still reposition without breaking the chain as long as you don’t jump or leap, allowing you to pull the FT away from each and allowing melee to actually be viable

Create a Hunter loadout, switch body type, voila! You have a Huntress.

Bravo your a genius heretic

mix between Hunter and Viking but as a girl 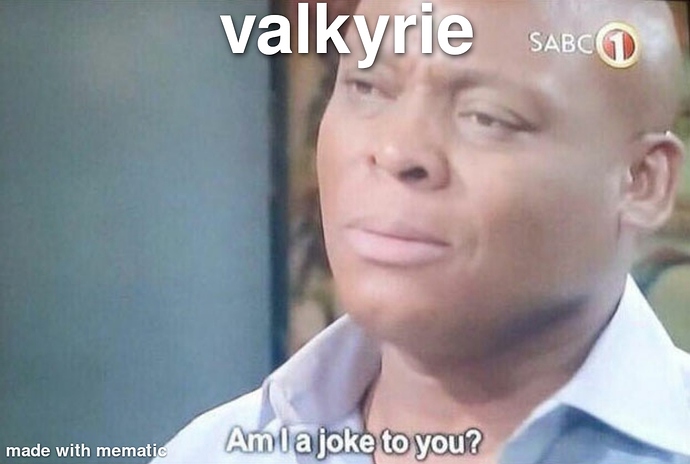 Design: basically a mix between Hunter and Viking but as a girl

Still difference is Valk is much more ornamental and armored

Bringing custom arrows would be great in all honesty for the bow; Flaming, disorienting, smoke, toxic, EMP, etc. I like the ides though. Should give her a wrist mounted crossbow though as a gear

Cool idea, but the crossbow would look ridiculous 😂

I had that idea as well, just didn’t know how good it would be.