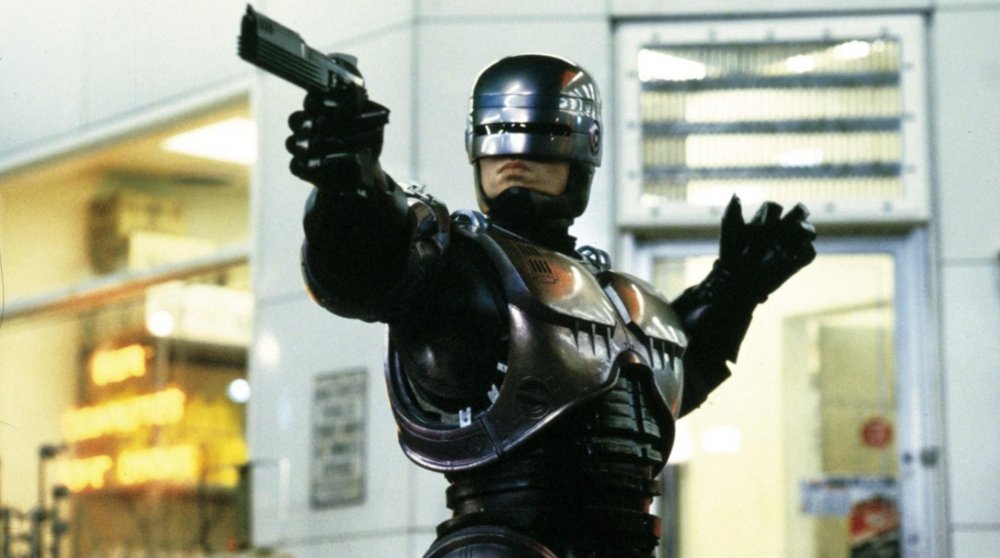 After playing Mortal Kombat 11 (Robocop DLC)
Its got me wanting a Robocop Game.
Would anyone else be interested in this?
Just curious.

I’d buy that for a dollar! But I want a more immersive experience even at the cost of multiplayer. I want to be able to patrol the city and tackle all kinds of crimes.

Love the GIF 😂. Yes i agree with you on that! Id love it made in the same vein as marvels spiderman! That type of open world game. Story line centric, but loads of side quests too.

Robocop vs the Terminater. Your welcome.

Now we are talking 👍

I would love a Robocop game!
A sandbox game with huge maps, interactable environment and loads of stuff to do.

With a lot of customisation options on his suit. I really love his battle damaged look at the end.

He had a game, but it was quickly forgotten.

Yea ive heard of that game, but with the advancements in graphics and gameplay, i think its time to give Robo another shot. 👍

Fuck nooooooo don’t even give illfonic the idea. They’re just going to fuck it up like they did here lol. If anyone else makes it cool but not illfonic.

I meant in general. Not exclusive to illfonic 😂 i wouldnt mind it being made in the same style as marvels spiderman. Open world. Story rich and loads of side missions 😁

Fuck yea. If it’s made by the Spider-Man people or the Guys who do the Batman games the hell yea full speed ahead lol

Same here dude lol. The sound of robocop and the fact they actually got peter weller to voice him 👌🏽

There’s a few RoboCop Games out there worth mentioning @Dutch87.

The Arcade Game is the best of the bunch, even though it’s not saying much since all RoboCop Games are average at best. The first half of RoboCop Arcade is it’s strongest part, with ED-209’s Boss Battle and more Film Relevant Stages. The Cutscenes are all pretty well done. Sadly, the second half feels a bit rushed and “Quarter Munching” friendly. But RoboCop gets a Spread Gun!!

A Childhood shoutout goes to the NES RoboCop. It’s… OK but again, this is my 8 year old self typing in this particular Sentence.

RoboCop vs The Terminator is RoboCop’s best overall even if he’s battling an army of T-800s. In my Opinion, RvC starts off strong but gets a bit repetitive. And of course, this is the SEGA Genesis Version with all of those awesome Blood Codes. The Soundtrack is very good too.

Lastly, there’s the gawd awful PS2 RoboCop Release. While it has some interesting Mechanics, it’s slowly paced (thanks to Robo’s plodding Movement) and is a super low budget experience.

Aww dude! I remember seeing that ps2 robocop game being advertised, it had me all levels of excited! Then it came out and it was just a disappointment 😔

I agree @Dutch87. RoboCop is loaded with tons of Gaming Potential. It’s a shame most of it is ruined by Licensing. I mean, things like his HUD System, Weapons and Abilities would all make for excellent Gameplay with RPG Lite inclusions.

Only us hardcore RoboCop nuts (which are also… hardcore Hunting Grounds nuts!!) will appreciate it.

I forgot to mention that the Arcade Game gets props for nailing Robo’s Likeness with tons of Digitized Clips. His Animations are also top notch, yet simple.

And lastly, you’ve heard of the RoboCop: The Animated Series Marvel put out a while back, right!?