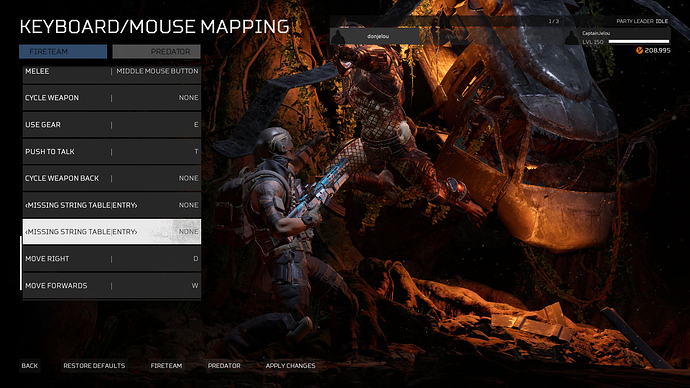 This game isn’t triple A.

Triple A refers to games made by large developer/publisher outfits, multiple studios with hundreds of staff with budgets not dissimilar to a Hollywood movie.

Illfonic have only just crawled out of the indie developer soup within the past 3-4 years and are still small (I hear under 100 employees).

This game isn’t aimed at huge commercial appeal, the mechanics behind the game aren’t all that attractive to the average consumer. Its niche, and the majority of the budget has gone into obtaining the predator IP and the likeness of Schwarzenegger.

Minor detritus left behind during the creation of the game such as these unexplained keybindings don’t bother me.

What bothers me are bugs that make the game unplayable.

I wasn’t implying this is a triple A game. I just used the title in a sarcastic tone. However, minor errors like this go to show how little, if any, testing this team does. More and more it seems like the community are actually the beta testers, while not getting paid, while being charged money to use the new features and while we are rarely heard about serious issues, such as constant game crashes, disconnections, performance issues, etc.