SKULL ROOM1175×414 361 KB
(I hate making Backgrounds, but Im proud of this)
I hope you guys like it.
And to Honor our first three Trophies!

You can read their Fan Clan Stories HERE

Again just want to thank @Robo_2696, @Durbs2001, and @TheSenate for their help.
Robo’s suggestion for Tablets Honoring other Predators was a good one!

I know some of you know that we have out own silly Clan.
Which is named UMBRA.

There is now a separate Page for that.

This will be a sorta fun on the side addition.
We’ll try to add more images for

Hopefully give you guys room to “create” your own tales interacting with or within the Clan.

Some Trophies will only be “Reachable” in the Clan Page. 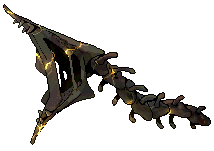 Will only be available in the Clan Page.
This includes the Rest of it’s Segments.

If you remember.
I said, I wanted the Clans main Trophy to be seen from all levels of the Trophy room.
Yuh’ta ki’cte Bpi-de is a 240Ft long beast.

SO, hopefully that gives us enough rooms to play with.

Plus, we are going with a Tower Room idea.
Only because of how big the Main Trophy is.
It needs suspension “wired cables”.
Figured it be cool to see it strung up in the middle of these Trophy towers.
All connected by bridges and such.

Though at the moment Supercell’s Story hasn’t been uploaded.
I want to fill up the First Tower room.
As a sort of achievement.
Only then will the Head Segment tell the first part of how this Creature was defeated. 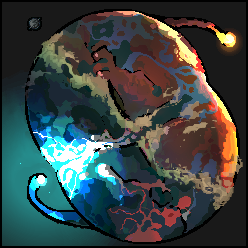 The moon like bit in the upper corner is Umbra’s Clan Ship.
This is their Base Planet. With no real Sun.
It drifts through space.

Umbra’s Game Planet.
It’s a Cretaceous planet.
Umbra send their Un-Blooded to train here for so many years.
Hopefully to prepare them for their Blooded test on Chi’ytei’jehd’in.

We’re treating the Game Planet like a place to meet new brothers.
And, build bonds, practices the arts of combat and skill.
While the Base Planet is like going to Xenomorph Prime to earn your Mark.
Accept when you enter.
The fog gate appears behind you, and the dark souls music starts playing.

But again this is all for fun!

⭐Thoughts on the Fan Clan Page?

To those that wished me better health.
I’m really feeling better.
Hopefully tomorrow all the sneezing will finally come to an end.

(I wish you all good health at least). 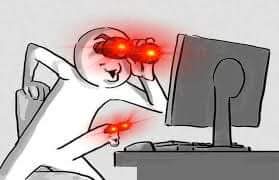 Thanks for keeping the community alive

I can’t wait to see the whole thing

Like the new porfile picture Durbs.
Even more ways for me to fuck up @ing Fire, Rey and now yourself XD

Same, I’ve been working on this race for over 16years.
Finally having a reason to flesh these guys out makes me happy!

This has been bugging me all day but isn’t a matriarch a female clan leader who has more authority than a clan leader?

Every time I see your stuff I regret not visiting the forums more often. You’re an amazing artist, really ♥

Since Yautja have technically both male and female organs.
(Kinda odd that they have separate roles).
Since technically they can just switch gender anytime.

Either way.
Clan Leaders take charge of all things on Their “Clan Mother Ships”.
While the Matriarch stays ON PRIME, or home planet.
And handles everything there.

But if she says to take the Clan Ship West.
The Clan Leader must obey.

I’ve seen some say that the Matriarch shares in the Clean Leaders power.
And he picks her.
But I don’t think that’s correct.
At least not for normal Yautja Clans.

Matriarchs have MANY skulls and trophies.
They surpass the amount of a Clan Leaders.

I’ve also seen a Matriarch who’s had their role stripped.
For basically being a prideful bitch.
So, even though they got al this power.
If their a weak clan with a shit Matriarch.

Literally any Elite Male Yautja could challenge her.
Win and then Become Clan Leader.
If he switches Gender maybe then The Matriarch.

Or he could just choose a life Mate to be his Matriarch.
Oo or maybe he picks a male so he can become Matriarch.

Unfortunately that’s all I know though.

@Jaya_Soames.
Also thank you, its great being able to put it to fun use now.