Why is it so hard for ppl in the Us below the Mason Dixon Line to wear ur god dam mask. Its not like they are going to kill you if you wear them for a couple of hours. Ughhhhh. The POTUS needs to make a law to beat up anyone wearing a mask

I wish I had a Predator mask to wear that’d be awesome.

Saw someone on YT make a mask with a facehugger

Cause constitutional rights and being condition and it cuts off your breathing and you breathe in CO2s and thw quarantine is so they can install the 5G towers.

Hang on, I need to go my friends Facebook for more. I’ll be back.

Ummm. Lol oxygen and co2 pass freely through the mask. Lol about 1000 doctors have done this with a o2 sensor attached and some of them even used more than one mask and still no 02 level drop in the system. Lol u are clearly a sheep. Ans what you cant wear a mask to help protect you and others around you. Sound like a real douche

And conditioned? Lol what a load of bullshit from a uneducated beta male

Second of all, I don’t believe this shit.

I went to school and paid attention and don’t mind opening a fucking book and reading to educate myself once in a while.

BUT I do have some waaaay out there people I know. I have friends who are into conspiracy theories and theres the people who believe it. The shit on my feed from is amazing. I don’t know if you ever saw that clip of the crazy lady from Florida talking about six feet being military training and then 5G camera scan - god it was beautiful.

It was like when I pretended to be flat earther to embarrass my friend in public space.

At one point, the shit you find, set aside your logical (rational) rage and its fascinating the shit that is presented. They have two world maps. Both amazing 😂

There is a caveat to though, there is fading area where you kind of start to feel sympathetic for the poor bastards but thats when you’re treading too far and need to pull out before its too late. 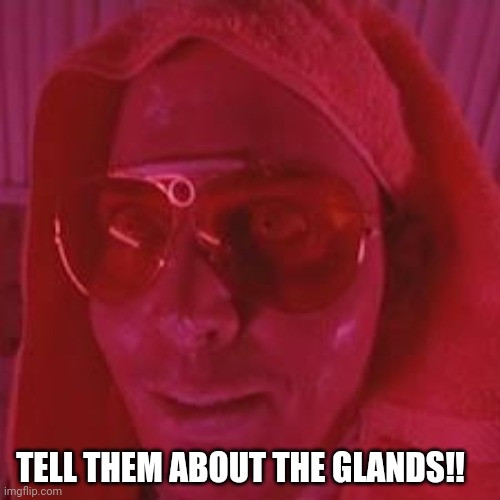