James Cameron believes that people stopped trying to exfil and started hunting the pred out of boredom. The lack of content caused that part. Before we learned all the missions and got bored it was all about the objective and killing the pred was not the norm.

Another issue is the pred only players clogging up the queue. It puts off lots of people who would like to play pred but simply don’t have time to queue for 15 mins to get 5 mins of play. Of course you can all play pred all you like but playing some FT too will help the queues.

A united FT can and should be able to kill the pred if he engages poorly. Mechanics should be put in place to allow the pred more chances to strike.

That definitely is part of it.

Well that happened to me 2 days ago but i had full health, Pred starts clicking just when 2 last ft members run near me"they were really god at aim" they turn around for that stealthy clicking and they lit my ass and health in 2sec.

Yeah its too easy to prefire shit to figure out where pred is.

IMO he shouldnt be bleeding on the ground unless second winded. That shits lame when you are mid fight.

Yeah thats where its fair that you bleed

It’s pretty good especially if your a low stamina Pred. You run and just look up as you do and you see the indicator press X and you jump onto the branch.

But do you need to be in good angle to do that?

Yeah it’s just like hopping from tree to tree you have to be at the right angle. But you get the hang of how to angle yourself pretty fast in my opinion.

It’s just a good alternative in my opinion cause if you don’t have enough stamina to leap you can still just jump up into the branches.

The game needs more balancing for sure. But not to the detriment of FT. FT requires 4 times the players and needs to stay fun to keep the game alive. You need to feel effective against the predator or the game won’t be fun. If you buff the predator too much, every match will be the predator jumping in and slashing everyone down immediately. Remember, the last half hour of Predator 2 involved the predator RUNNING AWAY from Danny Glover. It’s more thrilling, as the predator, when the FT feels dangerous. It’s more rewarding to wipe them when they are effective. If you make the pred too OP you make it boring. Same goes for the other side. If you make FT too ineffective against predator, it doesn’t feel good to play, and it gets boring. The predator is already stronger than any one FT. If you stray from the group as FT, you’re as good as dead.

The newest predator movie has a predator that tanks bullets and explosives and doesn’t appear to get hurt by anything, AND THAT MOVIE SUCKS. The predator needs to remain vulnerable, but also, always have the advantage. That’s the balance they need to strive for in this game. And honestly, I think it’s pretty close to that now. They need to focus more on all the bugs and jankiness in the game, IMHO.

I woukd like to see game mechanics that you propose. Perhaps by another developer. That being said, I do like the game as it is. Illfonic is just two months behind of where they should be with fixing bugs/glitches and adding content.

I still believe there would be balance issues though. There just too many factors on the skill level. But, adding a ranking system and different game modes would go a long way. Even something like 1v3 for stronger FT and 1v5 for weaker FT just to get better and keep things competitive.

There are a few things I’m concerned about in your setup. If FT splits up and a few commandos due quickly, will the others even have time to finish the mission. They might be liable to RQ if the chance of victory is slim. Also, the predator having unlimited lives seems a bit too forgiving. I do like the potential to learn with longer gameplay.

What illfonic can do is make a stealthy scout with the mechanics you suggested. A beefier zerk for a ham style of play, and the hunter can be an in between.

As far as FT goes, different having modes will make it more interesting to play. She me that require you to split up more, some to fight as a team.

There will always be balance problems. That’s why it shouldn’t be limited to a 1v4 setup only. 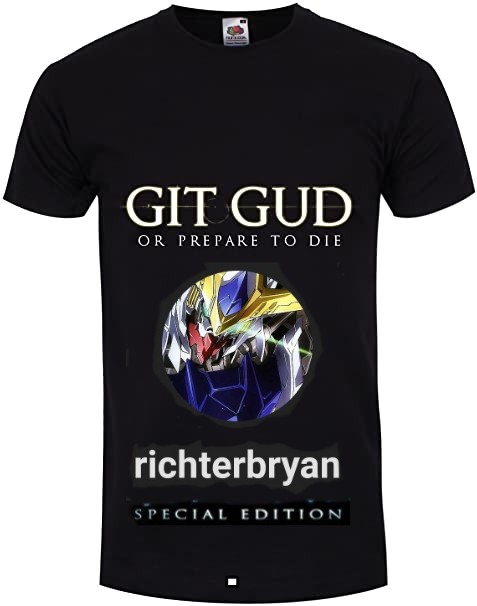 Yess. At this point im using Git Gud solely as a comedic gag.

couldve sumed up this for you with two words you ready?

or if your a bit more fancy three words.

With each update I play less and less. I like this game and want it to succeed but the number of game breaking bugs has gotten out of hand. I won’t be getting any more dlc or be playing until that time.

Honestly I am not sure what can be done about balance. Asymmetrical video games always struggle with balance in my opinion.

In my opinion and if my understanding is correct If you base the game around both the Power role being skilled and the opposing group as a whole having to be equal in skill and having to be coordinated to match the Power role to win, the average players in groups that have to PUG will be woefully unable to cope with the even a fairly unskilled player in the Power role.

This is because at very least they lack coordination never mind the varying skill level between the players in the group. While the Power role would still need to retain all the benefits over other players that he was given to ensure that when he does go against a coordinated skilled team he has a chance to retain that balance.

Which is why instead I believe most asymmetrical games balance is instead based on unskilled random players because that is the majority of the player base. You need to let the group of even unskilled players have a chance otherwise I believe that’s because the Devs believe most people will leave the game if the majority of the player base believe they are almost guaranteed to lose the majority of their matches. And in order to make money and keep que times down to keep the Power role playing the game to they tend to make the groups more powerful then they need to be if the group was coordinated and skilled. Because they need 4 players to play the group role to accommodate the Power role. Making it so when the Power role does face a moderately skilled coordinated group they feel inadequate and feel they need to struggle harder then they should against less skilled players.

I personally don’t think they need to increase mission time just make it so the objectives can’t be rushed to make sure the mission takes the time it was intended to take. To long a mission and que times will be driven up on both sides. They can of course and should in my opinion add more variety to the missions to make them more engaging to both sides. I also think both sides need a HP buff or weapon damage reduction this way it takes longer to down either side, again helping increase mission time and therefore gameplay. Of course and for the glitches to be fixed and for more maps again to retain player engagement.

TL:DR It’s fine if you didn’t read it’s just my long winded opinion. For the most part I don’t accurately see game balance because to me my losses are always in my mind my own fault due to lack of skill or forethought. Forgive me for my inability to be concise.