A Batgirl movie? is cancelled

With a 90 milliondollar budget and a hokey bts photo like this: 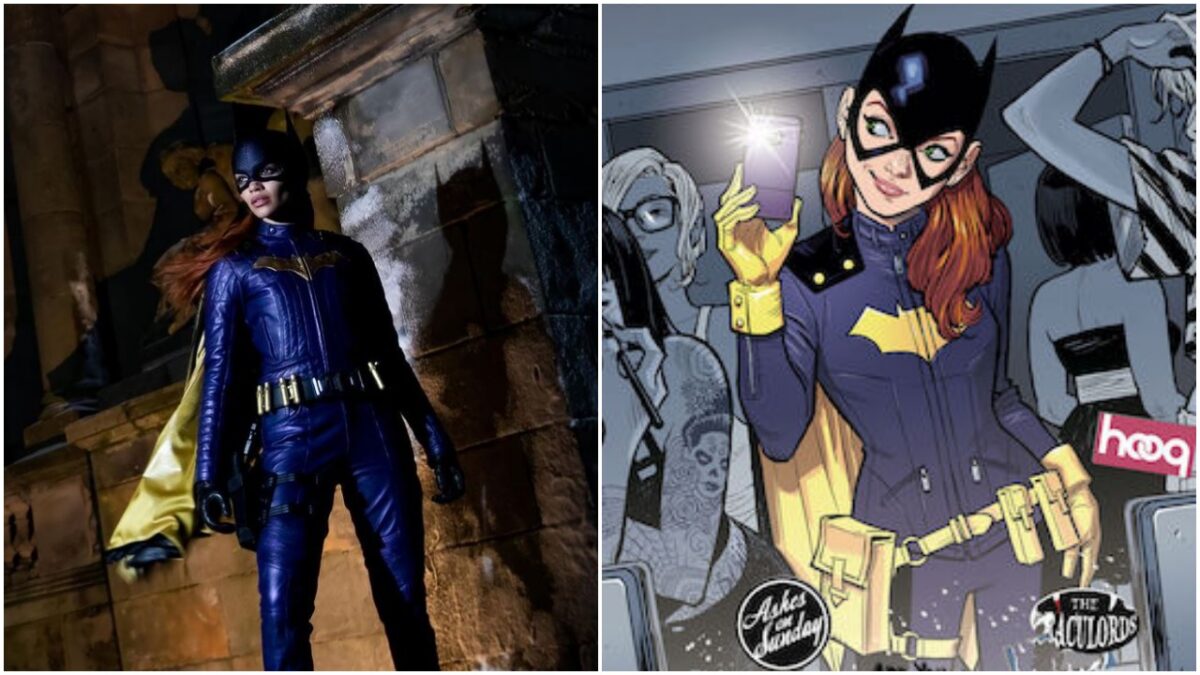 plus Micheal keaton to costar…I can’t help but wonder wtf were they thinking?

I think this is for the best

It saved them $85 million in marketing costs to promote a flop, that’s what. That thing was gonna sink faster than a lead-coated rock and not even the Micheal Keaton member-berries could save it.

kind of like those other DC spinoff tv shows…which luckly didn’t make it as films. Star girl? hmm…Supergirl was border line silly, there is a superdog show did anyone every think how much that one cost?

if DC was smart they’d decide to quit after the Snyder cut to cut their losses and just keep their CW money laundering shows.

Only reason Marvel succeeded were writers dedicated to building up the Thanos fight for years. Now Marvel’s doing the same thing DC does flailing about with reboots and alternate universes throwing shit at the wall.

Superhero era will never be what it was around Infinity War.

Well, this seems like a good first step. The new guy in charge appears to know that businesses need to turn a profit and happy customers are the way to do that. They SHOULD scrap The Flash and Aquaman 2 and just keep Shazam while rebooting the whole thing and FOLLOWING THE FUCKING SOURCE MATERIALS!!

You mean the source materials made by WHITE men? Racist

and FOLLOWING THE FUCKING SOURCE MATERIALS!!

at this point the source material is like a beat a lazy dog with a stick. Source material would probably keep people in the time when their respective character came into prominence. Batman when he came out was a total weirdness and only because something when Neil Adams took on the book.

I mean just look at the batgirl art…if that doesn’t say cartoon of a girl taking a selfie of herself, then nobody got what batgirl was in the 80s when she was a secondary character and thus she became Oracle. But if they move into Oracle too fast, then they don’t make any money off the property.

But at the same time, nobody wants to buy art or action figures today. Only halloween costumes sell now. At this time of uncertainty, too many kids want to play dressup and not think of the consequences.
We used to live in an age of fear…we should continue to play it safe and bring back a reason to live and hope. We need real hero architypes, not a costumed role models so you can look pretty .

Source material at the basic level. The pure origins of the characters should never be compromised. It’s ok to tell original stories in films, but it should never rewrite the origins. Like Richard Donner’s Superman.

Let’s take Green Lantern for example. The origin of Hal getting the ring stayed intact, BUT… they farted around with Parallax and the whole thing went south fast. Down to Sinestro and Hal’s interactions, everything got fucked. You can tell a good original story without fouling up the source material.

Now this new would-be LOTR shyte… it’s purposefully negating the source material and that’s why it will suck.

A batman film doesn’t HAVE to be set in 1939 (though, like the animated series, I’d love an old timey looking Batman film…) But the business with Tom and Martha can’t change etc, like what happened in Joker (which is why it sucked.).

Well, this seems like a good first step. The new guy in charge appears to know that businesses need to turn a profit and happy customers are the way to do that. They SHOULD scrap The Flash and Aquaman 2 and just keep Shazam while rebooting the whole thing and FOLLOWING THE FUCKING SOURCE MATERIALS!!

if you truely hate what is happening in the industry…
relatives or friends…telll all!!
i don’t find this happening…its not evidend. However with the Europeans, its very very very hard to tell. Its evident but it could hold political problems. Think about all the so called Snyders , Ellis, Millars, that are piggy backing their names on one another. come on, how many Elliss arein the comicsindustry? or are their family names more common than we think?

The fans outrage will bring it back. Even better, this is just a publicity movie, watch.

i don’t find this happening

Hey now. They did the best they could with star wars… after all they didn’t have any reference material!

Now excuse the giant BURNING PILE OF STAR WARS LORE AND EXPANDED LORE BEHIND THE BACK.

Why must KK hurt us in this way

I have a question. Was it Kathleen that made Boba Fett a wimp in The Book of Boba Fett, or are the writers really that dumb?

I mean if I recall she was executive producer for BOBF.

Which means she probably forced the writers to dumb Boba down and make him kid friendly hero. I think this because if I also recall correctly there was a hidden anti-KK message somewhere in BOBF