Attack on Titan for beginners

I always watch anime in japanese if I have the choice

I watch here. Lots of popups and redirections tho.

To many ads kept trying to make me “update my phone”

Yup. I’m used to it. Been watching season 4 there’s since episode 4

I just started watching this one

I feel like he has the same goal as always. He wanted to destroy all the titans initially. Vince he found out that marleyans are behind all of this, he realized that they are the true enemy and continued with his original goal based on this.

I can see how initially this quality was desired by the Eldian brass but outlived itself once they found out how big the world is and that you can’t keep the fires of war burning. Prior to the attack on marley, eldians could not risk to go against Eren. Now the situation has changed. But Eren is still hellbent. He understands his position and still decides to go on.

I feel like when fighting was confined paradise island it was survival and much was justified. At that time, goals eren and eldian brass were there same. Now they are different. Now it’s time to be more prudent.

I have no problem with eren being a bad guy. ‘the world needs bad man, to keep other bad man at bay’. (True detective)

I think at some point after returning from the island Zeke realized either that Marley can’t win this or that he was on the wrong side.

He keeps moving forward until all his enemies are destroyed, same as always.
Udo said other countries are worse than Marley
But lol at paradise’s “ally”

It feels like eldians want peace. They just need to have the threat of the Rumbling present to be left alone. It’s kinda tough considering the 13 year turn around and that the enemies know this and might still scheme. I think most eldians want the fighting to end still. Eren doesn’t tho. He is a great weapon and a great threat.

Paradis is too small as a nation to ever outpace the development of the outside world. Flaunting their resources with their minimal level of industrialization and small military (compare their hundreds of soldiers to Marley’s million) would invite invasion. Paradis would be forced to enact a defensive partial rumbling eventually, and that would demonstrate to the rest of the world how dangerous they are. Which brings the whole thing full circle.

Eldians are are unique in that they have the overwhelming power of titans, ackermans/titan experimentation on their side. They have the individual power to run roughshod over the will of their people and even their own leadership. That’s not the case for the rest of humanity, and there’s no reason to assume that similarly powerful people in other countries would conveniently be Paradis/Eldian sympathizers. If they were, why aren’t conditions in those countries more hospitable to Eldians already? And if there was already so much potential sympathy for Paradisans, why didn’t Willy make a different plan as long as the Tyburs have been around?

And lets say the rumbling is stopped, the titans are all destroyed and the curse of Ymir is broken. You’re left with a small, underdeveloped, resource rich island with a bad history that’s ripe for invasion, genociding the population that supported Eren is just a bonus. If the Rumbling is stopped then Paradis is screwed, either they get colonized and their resources plundered or they all get exterminated.

There was that one ‘ally’ in the previous episode. They could have traded and formed some military ties. Sure, when the resources were gone things might change, but it would buy them enough time to show that they want peace so other nations would not fear them. Initially the Rumbling would be a safeguard but after some time, once they have allies and trust it could vanish into obscurity

What doesn’t make sense is the world is huge, there has to be other countries willing to work with Paradise since everyone hated Marley and in my opinion it demonized Asians as greedy, imagine if they did work together but not for resources but educated Paradise to start developing battleships, guns and weapons, or even giving some to paradise during the time Marley was at war, it could have been enough but instead it turned one of the hero’s to the Devil…

Yeah, that could have happened, but it didn’t have to. Supposedly we know better options for current real world problems but didn’t not take them for some reason.

For eren it’s ‘you either die a hero or live ling enough to become a villain’. I kinda think it’s not a bad fate considering the limited options that eldisns have. He’s shouldering a burden for all of paradis, so everyone else there can feel righteous

I read the manga he’s not doing it for any reason accept to kill everyone because they took his freedom and some say his Titan can time travel and that he’s the Devil of all earth! of course these are rumors but it’s good one since he’s wiping everyone out 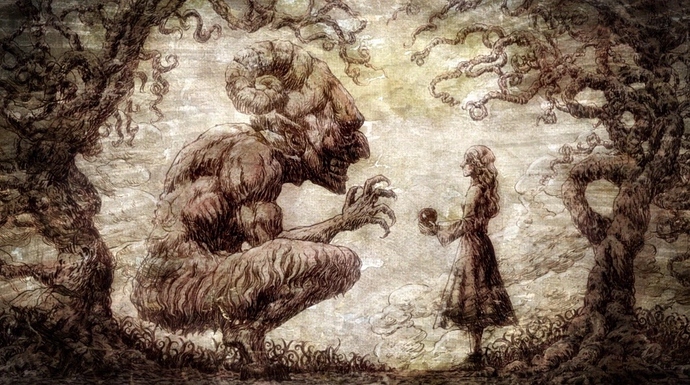 How do you figure that they took his freedom?