The only matchmaking mode you have is ranked

It’s a casual game with like two buttons and some map knowledge.
They just put out ranked for the meaningless grind much like the entire BP system.

YOUR MAKING ME DEFEND DBD I’LL KILL YOU HERETIC 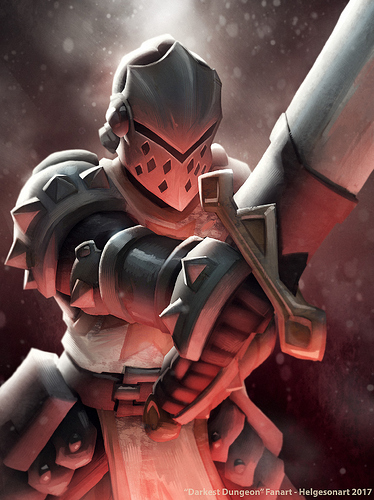 Its hide and seek tag

Do you play the game at a high level

Same question, you play the game at a high level

Because if you did, you’d understand why the matchmaking is rank based. If you never play the game, and get paired up with really good survivors, you’ll literally get the whole team killed.

Saying this game is simple and boring, just shows your lack of interest in the game. I won’t say lack of skill. Cause everyone is bad at first, I’m choosing lack of interest, because I’m sure you could get better and learn the game, you just choose not to.

So if you aren’t interested in a game, let it be. But don’t just assume it’s bad and makes no sense.

I do not agree with the introduction of MMR. But. That being said. A ranked system in this game is entirely required. Unlike hunting grounds, one survivor can’t carry the whole game. You need players of similar skill to make the game interesting.

I’m the one saying there is depth

As for your examples, they’re of players of vastly different skill levels being paired with each other which is in favor of SBMM

Otherwise it fails to do it’s job

Finally somebody calls out that terrible game 🤭

I don’t think that’s even the worst thing that game has done to be fair. Lol too much dominating the genre has gotten too their heads. That game needs serious competition again.

Hey did you hear about that predator game?

Maybe that’ll compete with it :p

I am crying on the inside 🥲

I played back when it was first implemented and it was just a blob of god loops all the same broken perks and people insisted it was a bAlaNcEd and CoMpEtITiVE game.
Then the meta was breaking all the hooks on the map so everything was just basement or slugging.

Played it for a bit again after they released pyramid head, got to red rank just faking out people with laughable hitboxes through walls. he had like no penalty for doing so at the time because dbd balance is just abusing whatevers good. didnt see the appeal of battlepasses there. DBD added some interesting perks but they’re all completely overshadowed by meta perks. Most are all just either map awareness or preventing genrushing. Things that are played because theyre oppressive like decisive strike. Stuff like Ruin that was either mandatory due to bad design or nerfed into the ground after they release some new stall perk. Premades on discord just breaking the hide and seek game at a fundamental level & making auras pointless. Everyone’s still salty if you take someone out of the game or don’t walk 3 miles from the hook. no intention of going back. Its a game full of people that think they’re skilled being carried by the fact they watched a vid of whatevers broken for the month & the game still only has two buttons.
I wasnt like oh man im red rank look at me because I picked a busted killer with minimal counterplay and thats all DBD is once you start tryharding, abusing a lack of counterplay.
Atleast you’re not getting anywhere in PHG if you cant aim.

One of the few things I think DBD does well is how creative a few of the perks are with their strengths and drawbacks but it doesnt really matter because once you get to meaningless high ranks everyone just uses whatevers most annoying or broken in a coordinated group for the month. The game’s sadly more fun at low ranks before you get to all the whiny metaslaves that’ll whine if you load into their match without a FOTM setup.
It never needed a ranked and DBD has some of the worst sweats of all time due to the low skill ceiling thats pretty much all just jungle gym game knowledge and severely lacks any kind of mechanical skill. WHOA DID YOU SEE THAT 360 FLASHLIGHT PLAY??

Hopefully it unlocks after you pay for it mate 🤭

Hopefully it unlocks after you pay for it mate 🤭

I wouldn’t know , I played the game a handful of times when it first dropped . I was talking about the cleopatra skin not unlocking 😁

I wouldn’t know , I played the game a handful of times when it first dropped . I was talking about the cleopatra skin not unlocking

yeah you wouldnt see me ever taking time to hit red ranks on that game with trapper.
they release stuff broken and then nerf them after they get their money.