Fear of the Walking Dead

So i just did the complete series but this is how I did it:

Started at Season 4 to Season 7 (this is the current season). then went and watched Season 1-3.
I’m not sure how everyone else did it, my draw was Morgan Jones. I was a big fan of his because he came in the first season of The original Walking Dead and bounced from that show until later.
I didn’t realize that he came back but for Fear of the Walking Dead starting at season 4.
This really kept me watching. I didn’t care for the first 3 seasons untiil i realized Daniel and Strand were in these and really filled in the back story for me. Daniel Salazar is the real star of the first three seasons. Rubén Blades is a genius! I didn’t believe his character was so deep!

I’m still looking forward to how 3 ties in with 4. But believe me, they could have cut the show at season 4 to keep up the shows popularity with the help of Morgan Jones and aired the s01-03 literally afterwards.

But IMHO season 4-7 had an obscene amount of flash backs. Season 1-3 was more linear.

The only reason why Fear does so well is that its not piggy backing on the comicbook. Its written for a TV audience I’m sure.
Cool?

I really tried to start from Season 1 but it moved so slowly. Why did you start at Season 4? Would you say it’s a good place to start for people who are fans of the original?

Cass, I started at season 4 because apparently i knew for certain Morgan was going to be prominent lead role for several seasons. I basically left off Walking Dead at a dead end with Negan taking the spotlight. Hated it. Morgan appeared but left the show. Came back in “fear of”, so id say that is a pretty darn good reason to jump into this series even at season 4. Plus the majority of the cast in the original Walking Dead died anyway.

Plus each episode in “Fear of” is episodic. So each new episode carries itself and centers on a particular character.

Negan is the best thing to happen to TWD

Negan is the best thing to happen to TWD

Yeah, made us stop watching. His performance was way over the top and unlikable. Same goes for Victor Strand in Fear of, but I dug it. He was still a weirdo.

Also, I was surprised at one of the characters of Fear of was Dharma & Greg’s Dharma. Never watched the show but was surprised never the less. She looks like an older Jennifer Lawrence.

ALL of us…? Nah. The show was already declining. JDM as Negan just made it better, and the real fans stuck around. Thankfully its been getting progressively better, shame its ending but probably best that it does.

I tried to get into Fear when it launched. Even ran the Walking Dead escape at San Diego Comic Con to get the t-shirt promoting the show. But for some reason I dropped off. I should pick it back up someday.

Jenna Elfman? Ooh yeah, I watched her on D&G wayyyy back. It was actually a decent show from all I remember of it. I’m glad she’s still acting.

There is a sincerely sweet story with her and a male character in it. I think it is worth getting into for that alone. The last I remember was Morgan in the walking dead learning about the ways of martial arts and zen. This is a sort of continuation of it to an extent so he most definitely brings that aspect back into Fear of. There is not a whole lot of competition for lead roles as there were in the original WD, so its just a good story with not alot of distracting character plots.

But i have to say Strand is stupidly over the top from season 1 -7.

I’ll have to check it out then. I like the concept of an origin story and it being episodic, showing the eventual decline of everything, rather than being immediately thrust into it.

The thing with Morgan, a looootttt of people were pissed because when he came back to Rick’s group, he was very pacifistic and against violence. He fought with a bo staff, no guns, refused to kill the living no matter what, and was very preachy about his new zen mindset. And it got many people killed, and a lot of viewers didn’t like it. Thankfully he snapped out of it and learned to control his emotions, so he’s zen-ish but knows when violence is the only answer.

Thankfully he snapped out of it and learned to control his emotions, so he’s zen-ish but knows when violence is the only answer.

Thats how he evolved and you get to see it in Fear of. Like I said, he takes the spotlight and kicks some ass with the staff but he is still trying to help others to see it his way if they are corrupting.

But thankfully he is in it the majority of season 4-7. Lennie James’ the type of actor that makes you want to watch the other tv/film stuff he done too. 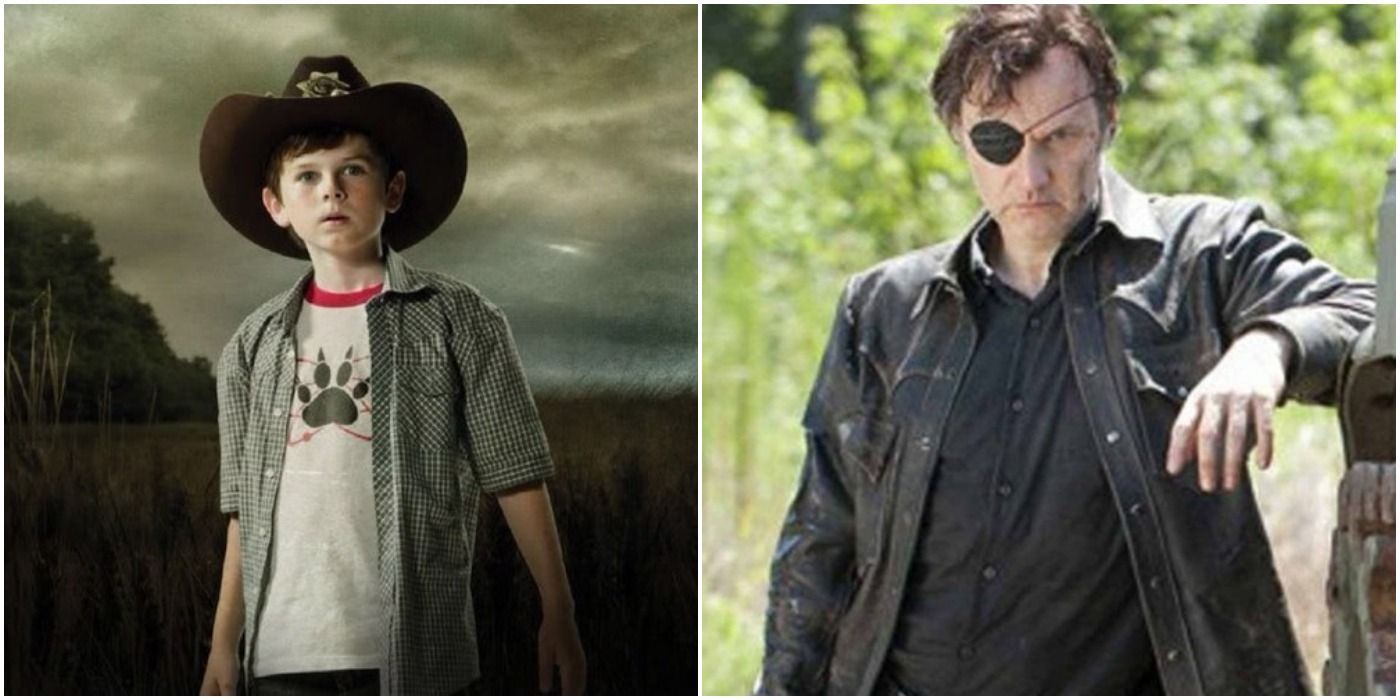 The Walking Dead is one of the scariest horror shows on TV, but what comic scenes were too intense for this long-running AMC zombie series?

the comics looked goofy. IMHO not even worth opening. I can’t feel atmosphere if its drawn by a high school student. really.

I watched the first two episodes of season one , after stopping TWD around season 7 . The shows are just too slow and episodes of total pointless filler kill its momentum when it was getting interesting.

Tried giving it a chance again last night and I still don’t know if I can finish season 1.

I have never watched such a boring show , something decent happens and they end the episode on a cliffhanger and then the next episode is something completely unrelated and can be something as simple as a character walking.

I didn’t even look at the new show on amazon , new world or whatever its called . Its like watching paint dry.

the original was a terrible experience for me. There was no alternative back then. Just 10 or 12 lead characters competing for screen time and the story was just them going from some nameless location to another nameless location and having listen to them having stumbing and fumbling conversations that’s awkward to listen to…then meeting the same looking zombies over and over again.

Pretty much , it got more stale than the corpses that they would pike through the brain. The last season I watched and actually enjoyed was the one with the prison? Season 3 I think that is? I might give the movie a watch but the shows are dull .

Hey! Hey! Only I get to use Kirk Lazarus!