So I’m in a bit of a pickle, the new PS5 version is coming out and I wanted to know if I buy it that it will be like the deluxe copy, if not I got the deluxe upgrade for the free PS version but was told it won’t be upgraded for free to PS5 quality, so what should I do? 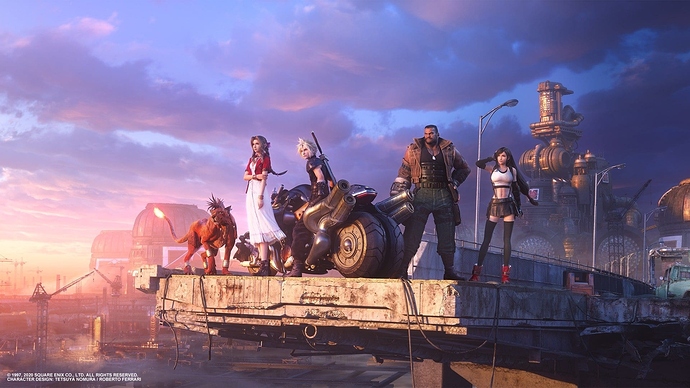 Buy the PS5 version if you have the PS5. I think the issue was the Yuffie DLC not being available for PS4 version, not the deluxe stuff.

Same. I’m not at all happy with the direction they’ve gone… but I’m still interested to see how the rest is handled.

I felt like there were a lot of good elements, but it didn’t add up to a good whole. Its weird. Perhaps it’s because I played the original many times that it feels this way

As some one has played the original multiple times, but not in a way that would make me a die hard, I agree.

It has good elements like the combat but it just doesn’t execute perfectly. Because the game gives you ATB gauge for attacking, your allies are naturally going to be doing less work which almost makes the character you main the only character doing something if it wasn’t for exceptions. Plus while the builds are better than in the original since each character has a set role thanks to their abilities, you still end up with generic builds with little variety. You either have mage, tank, or assault which are applied to Aerith, Barrett, Cloud, and Tifa respectfully with Tifa and Cloud sharing. Plus the generic enemies later in the game are pretty tanky making action combat feel pointless. It’s built like a turn based game with action components but it’s an action game with turn based components. White knight chronicles is a good example of a turn based game with action components. Granted it leans far more into turn base than action, but you can still adjust it a bit by adding dodges or something else more action oriented.

Wait for the PC version.

The battle system is ok i guess. It has variety and things to discover, tho probably gets repetitive 2/3s though the game. Also, it doesn’t help that gamers constantly try to meta games and post it on youtube for everyone to emulate.

In a weird way i also didn’t quite like the character immersion. It was like there was too much of it and the story moved too slowly. Its like they overdid it. It looks nice, but just doesn’t fit together well.

Also, it doesn’t help that gamers constantly try to meta games and post it on youtube for everyone to emulate.

Not like it’s hard though. HP up Barret and have him tank with lifesaver and regen. Literally my first instinct.

I’m really knit picking though cause it better than 95% of the games out there,

it feels off for me

I guess it’s not hard, but at time of release there was a this craze about getting how to get best materia quickly and such.

Did you beat the hard mode? If so, how challenging was it?

If I get around to it. Don’t know if I have the motivation

I know the feeling. Have a few of such challenge lingering as well 😁

I actually hate the ghosts

They lead to an over the top boss (I know it’s kind of a staple for the franchise, doesn’t mean I have to like it) that’s literally just them but bigger and with arms. And then you fight the same three enemies that don’t change outside when they become a mini Bahumet. Not to mention it’s kind of boring. Oh look these ghosts are trying to make the exact same thing happen as before, yay. But like I said the non ghost changes are cool.

I’ve only got it on PS4, haven’t beaten it yet
Will PS4 ever get any of the DLC