If u play as pred against premades or good team u dont have a chance of winning.

People have said this for a long time, illfonic doesnt listen.

There needs to be some nerfs, or, some reworks.

A bad player doesn’t stand a chance against professional players, how do you want to solve this?

This is just another git-gud thread.

Bad player? Who? So u play ft. Try pred and u will see what I mean

FT is overpowered. True bro. If there’s just a handful of preds that can keep up with @Scarface_1983 and people that are accurate fpshooters which would be 99% of pc FT. This shouldn’t of crossplayed either but there is actually console players every now and then that can be really good with the analogs. 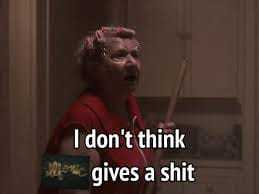 The games been out for over a year.

They are probably praying for the day someone else can take this game off their hands.

Most people got their tactics down. This is identified at first contact.

Damn, guess I should know my stuff before having a conversation about FT, my mistake

Didn’t mean nothing by it. Just saying we know who can play for real.

Goos idea to balance powers? Give pred more accurate scanning that could be used more often. So when healing or eating boars pred could scan area is it safe. When i play pred with premades after medics are over it is difficult to restore health with boars u just got to escape all the time cause health is low and their really hunting now weak easy kill pred

You have motion detectors, heat vision, target isolation…what do you want, to know the exact location of each fireteam at all times?

So there have been a lot of threads like this and there is never a clear winner in them! Some say ft is op some say pred is op!! Both are wrong and right! It’s pretty dumb!

So communication is what makes FT so strong and I have said this before, the game should force gc for parties!! Idk just makes sense!! Takes a lot of the guess work out for the Predator and also means that plans will be harder to make and pull of if the pred can hear you!

While this is pretty scummy to do, by forcing players to play with the ass game chat It would cause a balance shift more than nerfs would!!

However this isn’t to say that nerfs are not needed but that’s a different thread topic!!!

Now with all that being said, pre-made ft are not entirely unbeatable but the game is way more in favor of them than the pred!!! Pre-mades all basically have the same make up, you have your mission pusher, 2 hunters, and a sneaky fuck!!!

So your first task as a Pred player is after you find the ft is to apply pressure, use that caster, or do hit and run tactics if you have the katana!! You want to make this pre-made burn through resources stims throwing random nades stuff like that! You should also be aiming for downs but not claims! To early to claim!!

There will be a distinct audio clear when it’s time to start the big clashes with the ft, it’s that stealth kill icon or the ft start screaming need to get stitched up, or gotta stop the bleeding!! When you hear that, you know that all that work you did earlier has worked and they are getting desperate and will start making mistakes like looking for med kits and splitting up!! These are you times to claim, but it’s really only going to work for the first claim because after that they will group back up and start speed running the mission!!

So this is where part three starts! You want to go back to applying pressure so after you melee a ft player a few times either knock them or what have you! Don’t claim tho!! That’s what they want! You will have that sneaky fuck how tends to still have resources left waiting to ambush you!! (I should know I’m that guy!!!) so what you want to do is let them bleed out or just caterer them to death!!

Part 4, they will surely start panicking and start looking for reinforcements so there are two scenarios that will play out!! The “sneaky fuck” will try to sneak away to cause you to look for him, don’t fall for it!! This is what the other player wants the one that’s waiting to call in reinforcements!! Don’t do it! If you have the sneaky fuck in your sights follow them but do not engage, 9/10 they will lead you to the Reno location!!

Orrrr the sneaky fuck is already waiting for the other two players to die or one player! If that’s the case and you down a player quickly with no interference that means that sneaky fuxk had left for the reinforcements already!! Which is most likely lead to reninforce of the ft!! So your best bet is to leave the player in the downed state and look for the radio location! Check the closet ones to you first but likey you will have to strt over again !! Because the sneaky fuck was sneaky!!

Step 5 the repeat the process till ft lose!!

Fucking noob, I’ll teach you how to play pred.

Imagine owing a game and only playing and wasting time only to learn on side!! Pffft

It was about to balance teams. My opinion ft overpowered i guess your opinion their are in balance.