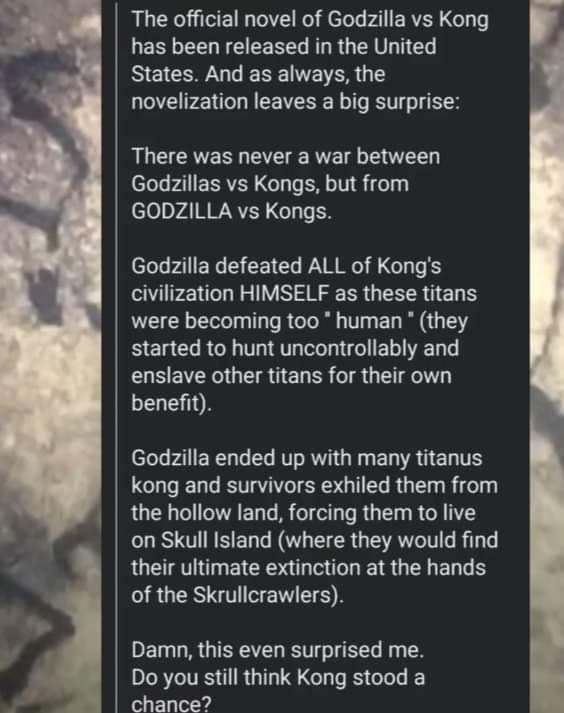 This quote is from the Novel! Godzilla is a True King. Fuck kong and his fucked up family. Im glad kong is the last one alive! 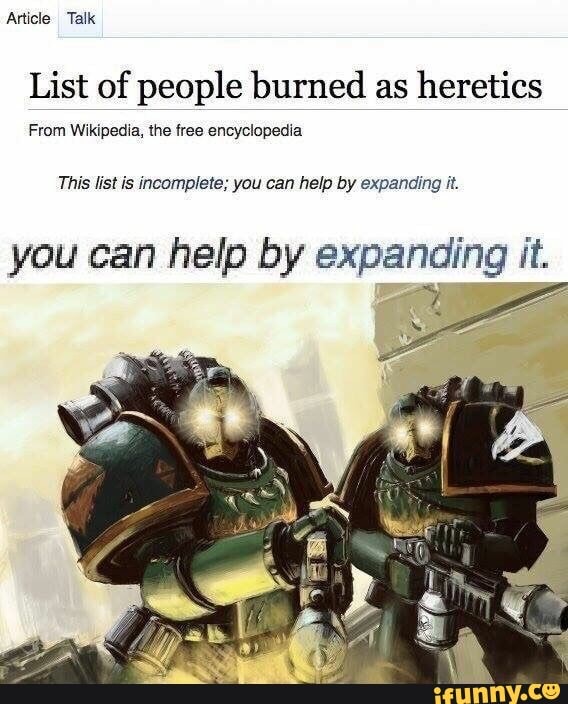 Kong should just find a hole and die!!!

Wait. Kongs ancestors are before that of humans, so would it be us acting like Kong’s?

Godzilla pulled an eren yeager genocided them for making sticks

I don’t know this reference

Jaeger kills a bunch of people because they attacked his home first.

I think the novel says kong started the war first trying to get rid of him because of the atomic breath (something about godzilla eating a star), then kongs started trying to use the hollow earth energy because they couldnt win which is when they got all broken up, dead, and exiled to skull island.

Just all around assholes so not unlike humans really.

I wonder who would win

“An ape lost in space crash-lands, oozing a sludge that makes him and a passing scorpion gigantic, leading to all out brawl for Earth.”

I think the oozing space apes got this

It was never a question of who would win it was whether Kong survived, even tho the movie hyped it up to be a battle to the death.

Hahaha! Kongs are the real villains!

Yeah. Same here! Kong Lost that final Fight! Got his shoulder dislocated and couldn’t handle a fight with Big G!

“Godzilla is just so pissed off at the end that he goes full on animalistic on Kong. I think more than anything his ego got bruised when Kong slugged him in the face with that axe and he was just ready to end it. Our first Vfx test shot was the big moment of Godzilla climbing up on the aircraft carrier before Kong punches him and G has an animalistic crawling quality there as well. I remember the line producer Eric McLeod telling me he thought it was really cool to see Godzilla getting more primal like that and it stuck with me. We knew we wanted to see him get down and dirty from that point onward.”
-Wingard

The writer should be executed but im glad Wingard got to add his own touches to the franchise.
All the legendaryG directors hanging out signing autographs opening night was cool too. US has finally recovered from emmerich’s '98 film lol.