Hacking, Cheating and other stuff we constantly read everywhere

Fact #1, this game uses Easy Anti Cheat, which will scan any active processes (including the infamous Cheat Engine) and will prevent any game tampering in the running game memory. While there are ways to bypass EAC, it is not an easy task and even seasoned software developers will have trouble. Because of this, only mainstream games usually have hacks, as nobody in their right mind will waste weeks of work developing a hacking tool just for their amusement.

Fact #2, This game is server sided, which explains the hit scan weapons, and the impossibility of creating a hack such as “infinite health” without access to the server (and why also only the host in private matches is able to modify these settings)

Fact #3 This game uses an encrypted pak file, which essentially means the end user has limited or no access to the files inside the game

From another forum, but very informational for those who don’t understand the concept of a pak file

If you opened this looking for hacks then please leave this thread. This thread was created to give the average player a bit more understanding on what is exactly a .pak file.

What is the .Pak file?

The .Pak file is the basic instructions that the client(1) uses to make it’s own decisions within the game. This file is needed to take a strain off the busy server(2).

I still don’t understand the concept of a .pak file.

Well we can explain the .pak file like this. Lets pretend you decide to move to a new home on the other side of town.
Only a moron will take each item in his house one at a time to his new home.
The average person puts it in a box to take to the house.
Well in this case the box is the .pak file and the items in your house is the contents inside the .pak file.
The reason most people can’t open the .pak file without a hex editor(3) is because the box is sealed and we need a way to open it. in this case a hex editor would be like cutting a small hole in the box and having limited access into what you can do with the items in the box.

But a decompiler(4) is like getting a knife and opening the box and laying out all your items on the floor so you can do as you see fit.

To recompile something you would need to find out what method they used to compile it in the first place so everything goes in smoothly. Followed by sealing the box(.pak file).

There is another version of a .pak file. It does not work the same as a pak file but the concept is the same. I am referring to a winzip file or a .rar file.
The only difference between a .pak file and a .rar file is that we can easily compile and decompile a .rar files since we have been given the tools.

Why can we only edit it with a hex editor?
Well the reason is because no one managed to release a compiler that works properly.

Also there would be issues if we try to recompile the files after we edit it.
If we make changes for example change a file something from ‘true’ to ‘false’ then notice that true only has 4 characters and false has 5 characters.

a simple change like that changes the file size and will lead to 2moons not working properly and it might not even start.

Is a .Pak compiler possible?
Yes! it is, but most people would not edit things properly and if they try to recompile, chances are 2moons will not accept that pak file anot give you some error when you start 2moons.

Can you provide an example of another form of compression type so that i can further under stand this?

Well a prime example of BAD compression is ipod games. if you actually get it and rename the extension from .ipg to .zip then you can extract all its contents. Thats another way of doing it. BUT sadly a method like this does not work for the .pak file.

You cannot alter game files in PHG, you cannot edit values on the RAM and even if you manage to piggy back the GPU in order to create wallhacks and aim-bots, EAC scans for suspicious overlays and more than likely will detect them.

Right now the only known cheats are exploits through the use of macros and screen scanning, which are not effective 100% of the time and are limited to two weapons, the grimtech and the netgun.

And no… you can’t create an aimbot using macros… 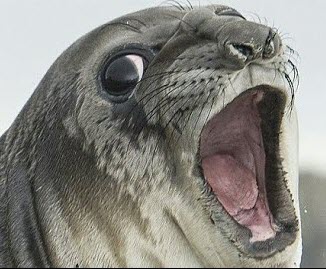 We don’t deal with fact’s and logic around here, this is your last warning.

Also, I’m selling my custom aimbot, Xmas discount, 5$ only for a limited time.

use of macros and screen scanning

what exactly is screen scanning?

Pretty self explanatory. You scan the screen for certain changes in order to activate “hacks”.

I just ran into my first hacker yesterday and am making a video for newer players to watch out. Idk might also help them see if they run into this person then to leave the game immediately

Seen peeps use this on For Honor, couple guys on YT talked about it. Remember they called it something like scripting? Something along those lines. Only effective half the time.

it’s pretty easy to do since most prompts in most games are static images that always appear in the same area, but they are highly dependent on ping, the higher the ping the less likely it will work

also… to this day I don’t know of a single player that has been banned or suspended for being reported. I believe those reports get flushed down the toilet.

EAC scans for suspicious overlays and more than likely will detect them.

not that anyone gives enough shits about this game but its not reliably detectable aside from case by case analysis. They’d have to manually check for those.

when there’s a will there’s a way. You can even bypass EAC if you really wanted to, the issue is, why would you? Like I stated earlier, is way too much work for a game that when you are competent, you will win 99% of the time playing either faction. If this game was big and competitive enough that people would be willing to pay money for cheats, I would understand why someone would invest their time to code something. But that’s not the case. Anyone complaining about cheaters in this game is just a pathetic sore loser.

Bravo bravooo !!! Right now I met a team ps…they were macros. They were firing up and all the bullets were coming at me!

We don’t deal with fact’s and logic around here

They are strictly forbidden

Game has no hacks, but tons of exploits though. because developers on this game are below trash and don’t know how to properly code, instead they use recycled code from previous projects and probably “fix” things looking for answers (the wrong way) on stackoverflow

Imagine hacking just to gain more advantage over games since you can’t use your hacking skills irl to git gud in life.