Jungle Hunter should be obtainable

Excuse the possible errors in the text, it was made with the Google translator.
I wanted to suggest to developers to put the Predator 87 skin back in the game, even if it’s as a form of DLC.

I am aware that it was a reward for those who pre-ordered the game, however there were many people like me who did not find out about the game but until its release on April 24.

I consider it a little unfair that for a few days of difference they deny us access to this game content, since we pay the same as those who pre-ordered it and even knowing the bad reviews it received, we decided to buy it, in my case it even acquired the deluxe version that is very poor in content since it only brings 5 ​​boxes that could be obtained in a game and some super basic skins.

If any illfonic developer is reading this, I want to congratulate them anyway for the game they created, it is very entertaining and in the Latin American community we are enjoying it enormously.

This would still most likely anger most no matter how long they wait.

I just wish they would have a Scout and Berserker version of the skin.

Predator 87 skin, as mentioned, was part of the pre-order package and should remain like that–otherwise, there is no point in having it as a “exclusive”.
On the same package you had the minigun with the status of “early access” which is a different story, it is expext that it would be later on be available to all players.

As to your comment you weren’t aware of the game until it’s release day–I see your frustration, but on the other hand, the game had a trial 1 month prior its release, most outlets covering games discussed it, provided release date etc, youtube channels also had plenty of reviews and gameplays, so there was quite a lot of exposure of it…

I understand the people who pre-order it and want to have the skin exclusively for them, but personally I think that denying this content to its users for a difference of two days is not very pleasant. However the decision is illfonic and they seem not to be interested in launching this skin, even so I will continue to enjoy the game and future DLC’s but good.

No. You should of pre-ordered when it was available.

Unironically, people who didn’t Pre-Order and somehow got Jungle Hunter’s Mask got a better deal due to unlocking shaders for it. Pre Order Mask doesn’t come with that.

Its a worse hunter your not missing much trust me.

I’m on Xbox. Have been my entire life! And only got a PS4 because my gf got it for me so we could play Elder Scrolls. I had absolutely no interest in PlayStation otherwise, nor the games and community was of importance to me. I didn’t care about anything PlayStation. But I heard about Predator HG before it released and I pre ordered a copy. There is absolutely no excuse in not hearing about it, regardless of were you live. If you play video games it’s a standard you pay attention to said gaming communities you nest in. Don’t take our reward away just because we paid more attention than other people who literally didn’t. That’s a sad excuse if you ask me. If you want it that bad, look for pre order copies online and buy a copy of one of those if you must. But everyone on the forums demanding the EXCLUSIVE dlc to be released for everyone because they just didn’t pay enough attention is being pretty selfish.
So now what? Do you want your favorite band to re-do a concert for all the people who didn’t hear about their first performance because they didn’t “hear about it” the first time. Kinda silly if you ask me

So you not knowing about it just because it wasn’t popular makes it ok for JH to be released? dumbest argument I’ve ever seen

Illfonic would be back into F13 land if they release 87. 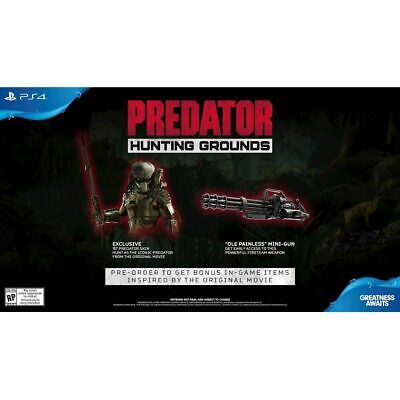 This is for only the Pre order DLC.

Jungle hunter is a skin for the hunter class, it’s purely cosmetic. Yes it is its own class but has the same exact stats as hunter. I can’t imagine anyone paying + amount of money for a skin.

Yea b
No it stays exclusive

JH is different than the Hunter class. JH can stay cloaked as long as he wants, Hunter class cant do that.

Not going to lie. That upscale in price makes me sick! XB