I’m enjoying it. Don’t care much for the lady antagonist, but definitely digging the show so far

I’m getting tired of the same 30 people meeting up again in this entire galaxy.

just tell me how it ends

See Finessology, that is a healthy way to go about life. Just take it on. Then take more on. Never reply with fustration. Ever.
I’m serious even with this meme which i"m kind regreting to do buthere we go:

I haven’t seen it yet, but it CANT be worse than the Boba Fett Power Rangers…

Watching Obi Wan realize Anakin is alive was awesome. Even if the rest of the show is fucked ass, that was an incredible moment. Very well acted.

Star Wars has already gone through every stage of grief 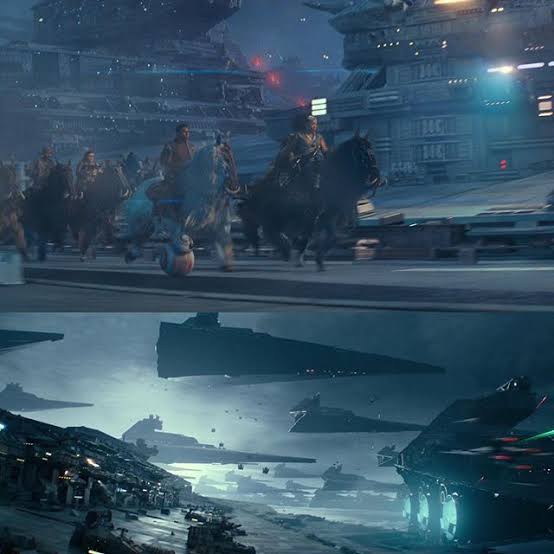 wow horses on the outside of a spaceship? in the outerspace…likein the no oxygen vaccuum of devastation?

Ok, I saw the first episode. Not too shabby. I wonder what gripe Reva has with old Ben? (She seems a liiiiiiiitle too pissy to me, but maybe Ben farted in class and blamed her, who knows?) The guy playing Owen returning was a nice bonus, like Jimmy Smits. Gotta say tho, those bad guys on Alderaan were slow AF, not being able to catch their target in like 5 seconds, given how slow the target was moving. Lazy bad guys! But so far, no power rangers, so I’ll chalk this one up as good.

You are correct. The ships hadn’t made it into the upper atmosphere. If they’d made it that far up, they would’ve launched and the fight would’ve been over, Rey/Palpatine business aside. The entire fleet would’ve killed trillions in the meantime…

It’s not that bad. The only 2 things that really annoyed me were Holdo and most of the Boba Fett show not involving the tuskens and Mando. They just went from 1 female character and 1 black guy to more of each. That’s all. Holdo was annoying AF, that was the point. She was a toxic leader who managed to pull one good maneuver to save all the people she was getting killed. Boba Fett was the victim of poor planning and writing. They should’ve taken more time on it.

Well that’s Disney for you, Star Wars is no longer about the Jedi vs the Sith, Light side vs the Dark side, funny droid companions, handsome scoundrels, cool bounty hunters and huge epic space and ground battles, it’s just about making it as spacey and cultural as possible, including not new alien races (or explain them) but instead skin diversity, showing there are more black people then Lando in the galaxy 🙄 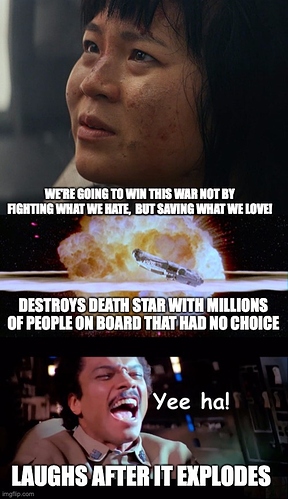 I speak for all rangers when I say the boba fett rangers were super cringe.

Bruh… literally everything you said wasn’t in SW now very much is (except in the present day Boba Fett stuff with power rangers). Literally. There are plenty of light siders, dark siders, bounty hunters, neat droids, baby yodas, space and ground battles, all that stuff. All of it. Every box you claim wasn’t checked was. Checked multiple times. With classic and new characters alike. The ONLY difference is the actors. Can you HONESTLY look at EVERYTHING Disney has done with SW and say I’m wrong? How would you feel if the parts played by black or asian actors were simply changed to make the characters non-human, but with the same voices? Any issues then? I bet not. Sure, there were a few hiccups, I’ve mentioned them plenty, but overall the onscreen stuff has been 8/10. That’s pretty good! Idk hownold you are, but I remember the hate the prequels got cuz they were different. Now how many of the same people are cheering for Hayden Christiansen being back, hmm? Lots. Because in the moment, and shortly thereafter, emotions run hot and the internet ruins literally everything it touches. I also remember the Empire Strikes Back being hated for being too dark and them “killing” Han Solo. Now most agree its the best one. Shit, If it were up to me, I’d even have Ahmed Best back, but cast as another character, like a general or merc or something.
Indiana jones and the Temple of Doom got LOADS of hate and I know a dozen people who say it’s their favorite. All it took was time.

Also, literally everyone on both death stars made their choice to throw in with the empire. They could’ve joined the rebels or stayed out of it like trillions of others. All imperials, save the 501st were volunteer enlistments, not clones.

I like the prequels 1-3 and the cartoon animation and 3D ones but that’s it, everything after 6 isn’t canon especially since George Lucas signed it to Disney and it will never will be because it lost its sense of direction without its director, AND HONESTLY YOU CANT TELL ME 7 DIDNT JUST STOLE SAME IDEA AS 4 AND MAKE LUKE HATE HIS LIGHTSABER! AND THAT 9 JUST BROUGHT BACK THE EMPEROR AS A MAIN VILLAIN FOR NO REASON WITH NEW FORCE ABILITIES AND “SITH PROPHECIES” JUST TO GO WITH WHATS HER NAMES IDEOLOGY OF “THE FORCE IS A WOMEN!” 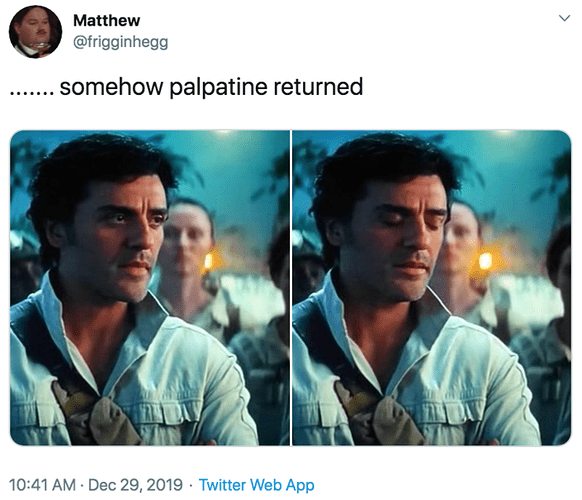 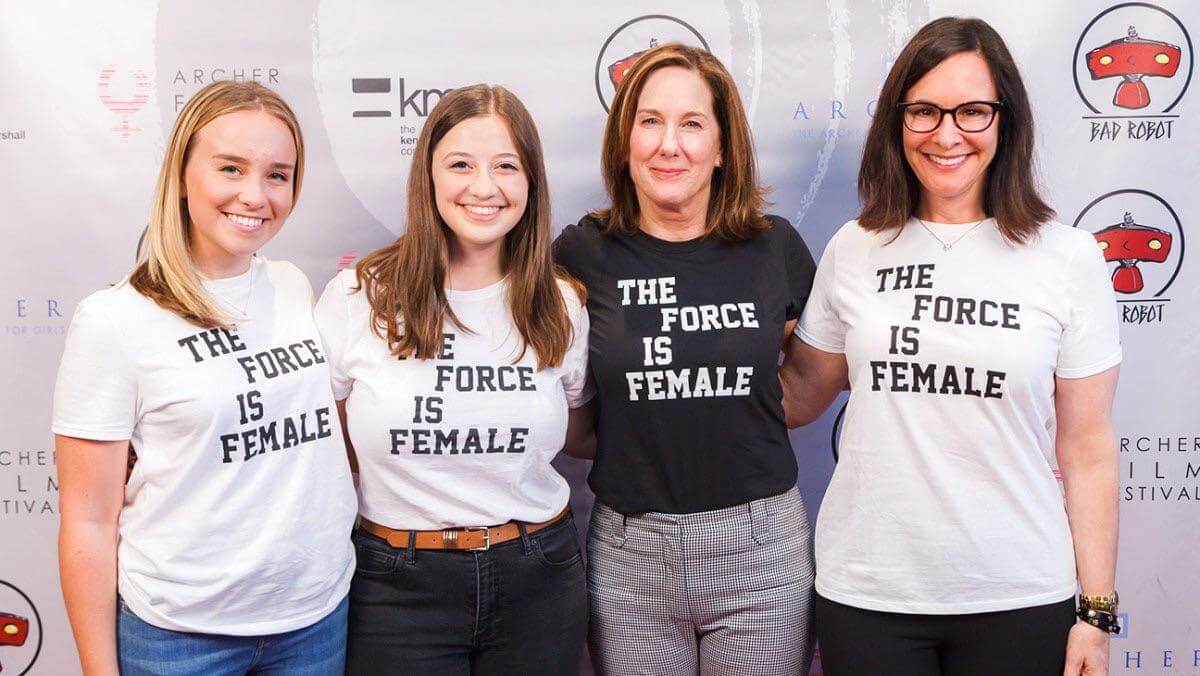 SO THE REAL STAR WARS IS DEAD AND WHATEVER TOOK ITS PLACE ISNT IT! AND NO ONE SHOULD SUPPORT IT! IT SHOULD HAVE STAYED TRUE TO ralph mcquarrie star wars concept art style! 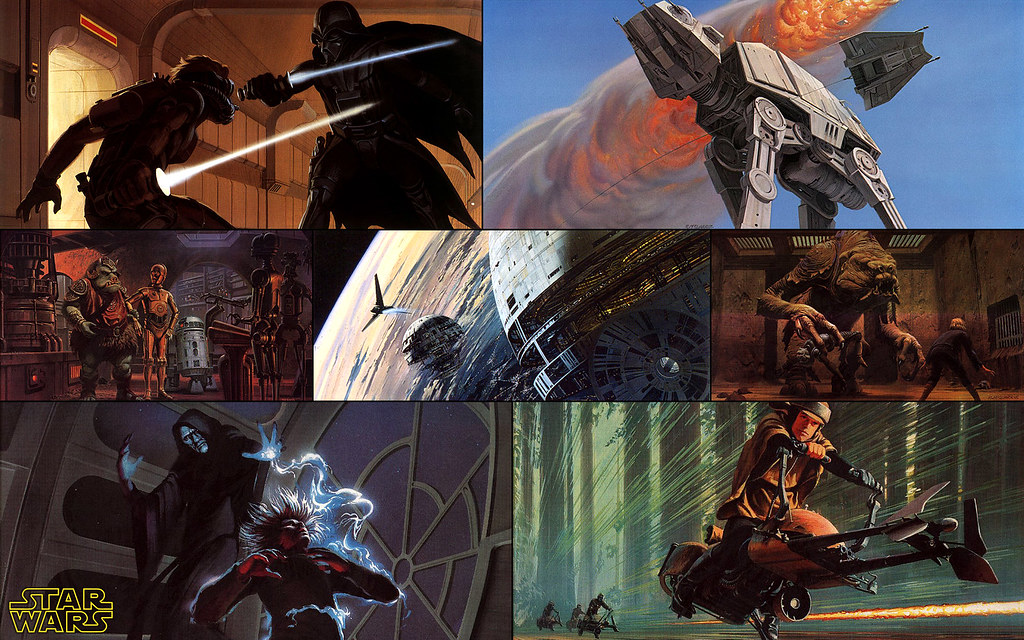 At least the nods 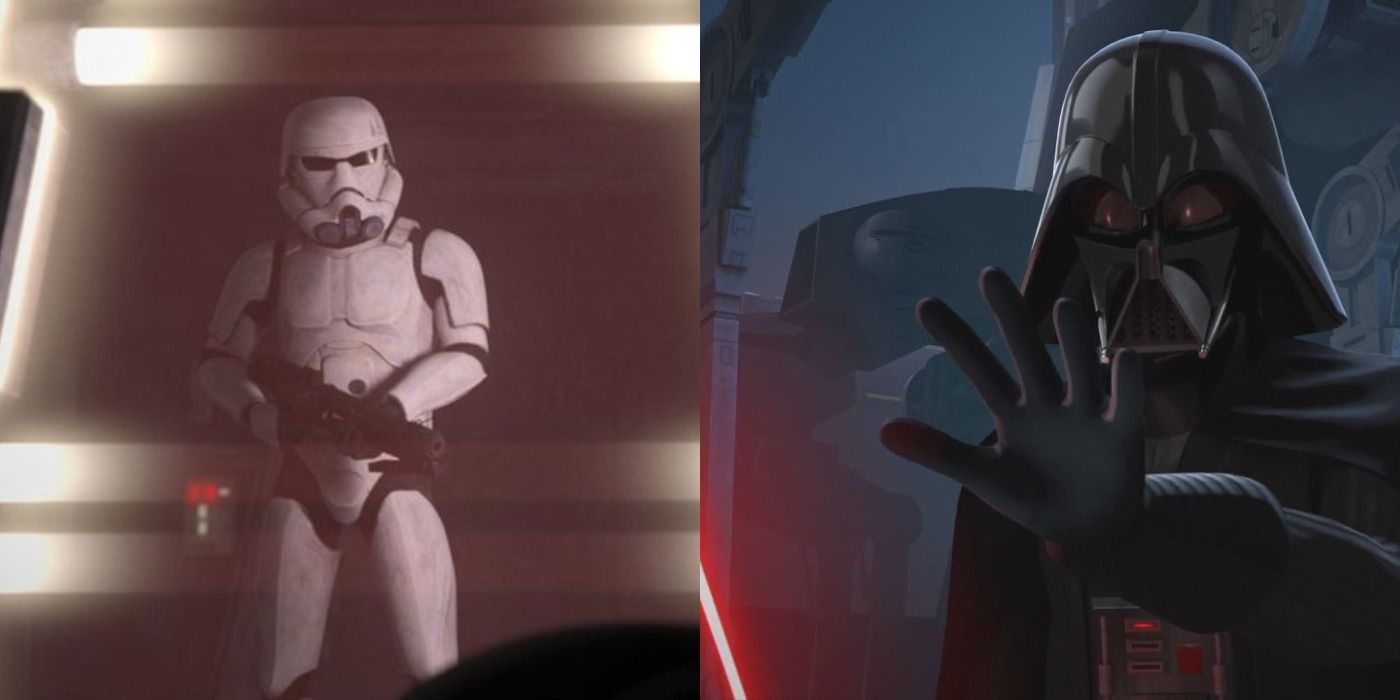 A lot of Ralph McQuarrie's unused concept art is finding its way into Star Wars, popping up in the beloved animated shows of the franchise.

So I’m not to disappointed but still

Ok… down the rabbit hole we go I guess…

SW 7-9, Rogue one and Solo are ALL canon. Because they own it and they said so. You don’t have to like it, but its the way it is.

7 was certainly too much like 4. But not enough to make it bad. We’ve never seen a stormtrooper defect before. Domhall Gleeson (hope that’s spelled right) plays an amazing uptight fascist dickhead general. Kylo Ren is perfect as a stunted Vader fanboy. All Skywalker men are irrational at that age. I would NEVER want to lose the moments between Han and Ben. That was fantastic.

Luke doesn’t “hate” his lightsaber. He’s scarred emotionally and needs to overcome it. It’s called an arc and all good characters get them. Luke gets two!

No one complained about Palpatine cloning himself and siting through proxies in the old dark horse comics. Same thing in 9. Just could’ve made the dialogue surrounding it better, certainly. He has no new abilities. The Sith also have prophecies. Just like the Jedi did with the chosen one.

Just because the head of Lucasfilm wants more women in SW (instead of literally 4… Leia, Aunt Beru, Mon Mothma and the one lady in Echo base) doesn’t make it bad. No one bitched about Ahsoka, Padme, Dutchess Satine or Assaj Ventress.

Now you’re just complaining to complain. You’re worse than me with The Batman!