LOTR Rings of Power in a Nutshell

Quarrying: the coats of arms

Why do I even bother, racists never had any logic in the first place

C. I’m 100% sure your view isn’t biased at all or that he doesn’t try to hide/doesn’t realize he’s racist

And before you say anything if the left is racist without knowing it for as diverse as they are then so can an extremist right winger without them knowing it.

Everyone is racist stfu already

I can’t tell if your fucking around, or not

The only time child abuse was ok Vegita lol 😂 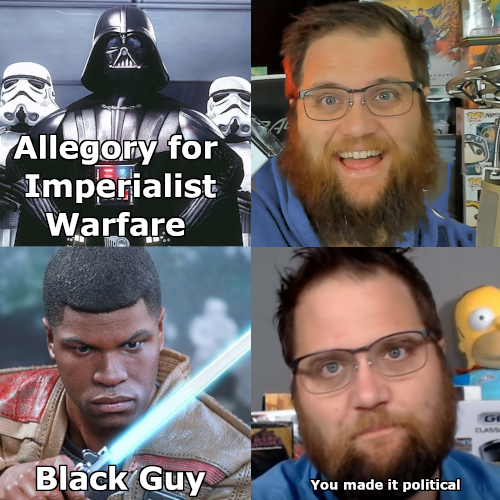 That was a while ago dude

He never changed his stance on these things. In fact, this is his entire thinking process when it comes to “woke” shit. Look at The Little Mermaid with him and his people acting up on the fictional character and race being black, like who gives a fuck, its supposed to be for kids, not like yall will go and watch that film right? But somehow its DA AGENDA at work, because making a fictional character black is somehow closer to some kind of globalist world domination or whatever, I can’t with this dumb shit…

Ya because the numbers lie 🙄 like Bidens election lol! 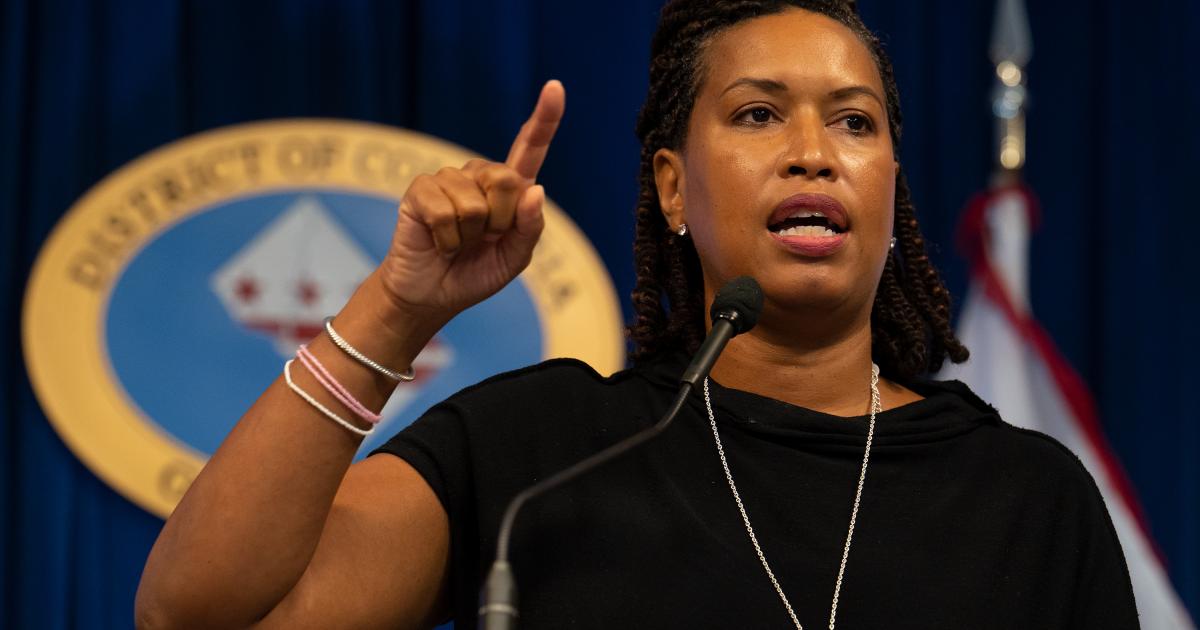 Sanctuary Cities, Border Crisis Costs, and a Rude Awakening for the Left

Record numbers of illegal immigrants are entering the country illegally and spreading throughout the interior of United States—and it’s playing out in a sadly predictable way. Sanctuary cities like Washington, D.C., New York City and Chicago are...

Well let me ask you this… why is it every time a movie or show adds ideologies instead of doing what fans enjoy and love, do they fail? It’s not because of review bombing and what not, it’s because Hollywood ran out of ideas…. They decided to redo all these old movies almost forgotten with time or the classics, stick something in it that deals with minority crowds, and when a majority of the fans don’t like them, Hollywood labels them every -ist and -ism in the book…… and then wonder why people don’t put up with their bullshit, Hollywood is dying and what they’re currently doing by adding all these ideologies is killing them, look at how well Rings of Power is doing, down the shitter, look at Paramount’s Halo, down the shitter in the first episode, Sequel Trilogy, down the shitter with The Last Jedi…… need I go on

Look at The Little Mermaid with him and his people acting up on the fictional character and race being black, like who gives a fuck

Blackwashing Ariel is bait, the same way making Spawn mexican, muslim, or 300lbs to pull in all those sweet sweet articles about representation would be bait.
But you already knew that and insist on arguing in bad faith to stick it to da nazis like a corporate tool.

Make a new character, tell a new story instead of raceswapping Goku and then crying racism. That is outright fishing for racism so you can screech about KKK when there’s backlash.

why is it every time a movie or show adds ideologies instead of doing what fans enjoy and love, do they fail?

Adding a black man to the cast isn’t an ideology.

If you want to complain about this ideologies but Pepe’s point is that people focus on the race aspect too much rather than the actual flaws.

It’s an expansion of the remake tactic where they were using nostalgia bait as free advertising. That trick alone stopped working so they started throwing in blackwashing. And as an added bonus it allows them to use black actors/women/whatever as human shields when it struggles to make its money back.

Pepe’s point. His argument when talking to me was that people don’t focus on that enough. They don’t call out the remake shit.

If you want to complain about this ideologies but Pepe’s point is that people focus on the race aspect too much rather than the actual flaws.

Especially its dumber when you got people trying to justify her white skin with science…on a fantasy fictional kids story, like yall be tripping. 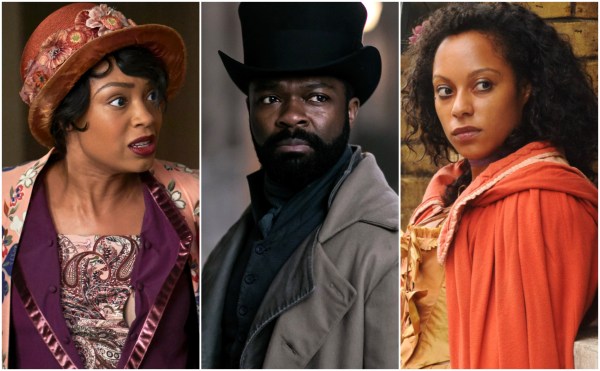 TV Is Unwhitewashing History One Character, Period, and Genre at a Time

From “Les Miserables” and “Harlots” to “The Spanish Princess” and “The Terror,” TV producers are restoring the historical narratives of people of color.

It’s fiction, who gives a fuck