I have recently found information about another animal the Feral Predator will face in the upcoming movie
SPOILER ALERT
Feral will fight a Wolf in a field of long grass that I theorise will occur around the same time as the scene where Naru and the other Comanche warrior are running from him in the long grass.

Feel free to post any news you find about the new movie in this thread but be respectful of others and warn them if you find spoilers, blur them out, and don’t get this thread derailed and taken down because of prejudiced views and don’t bring politics into the mix.
I’m sure @Kassinaillia will police this appropriately.
Happy Hunting and let’s get this discussion going👍
I’m sure @NomadClan and @CHUCK_YT will be thrilled with this news👍 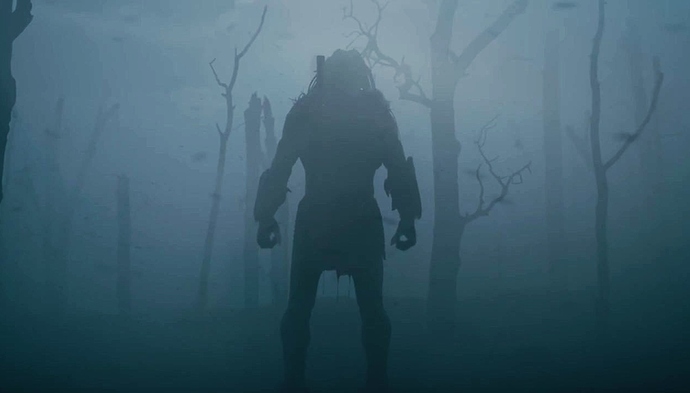 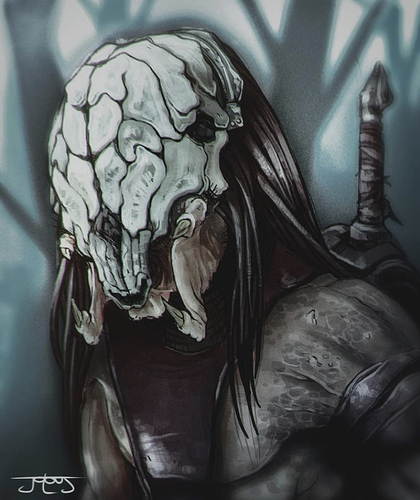 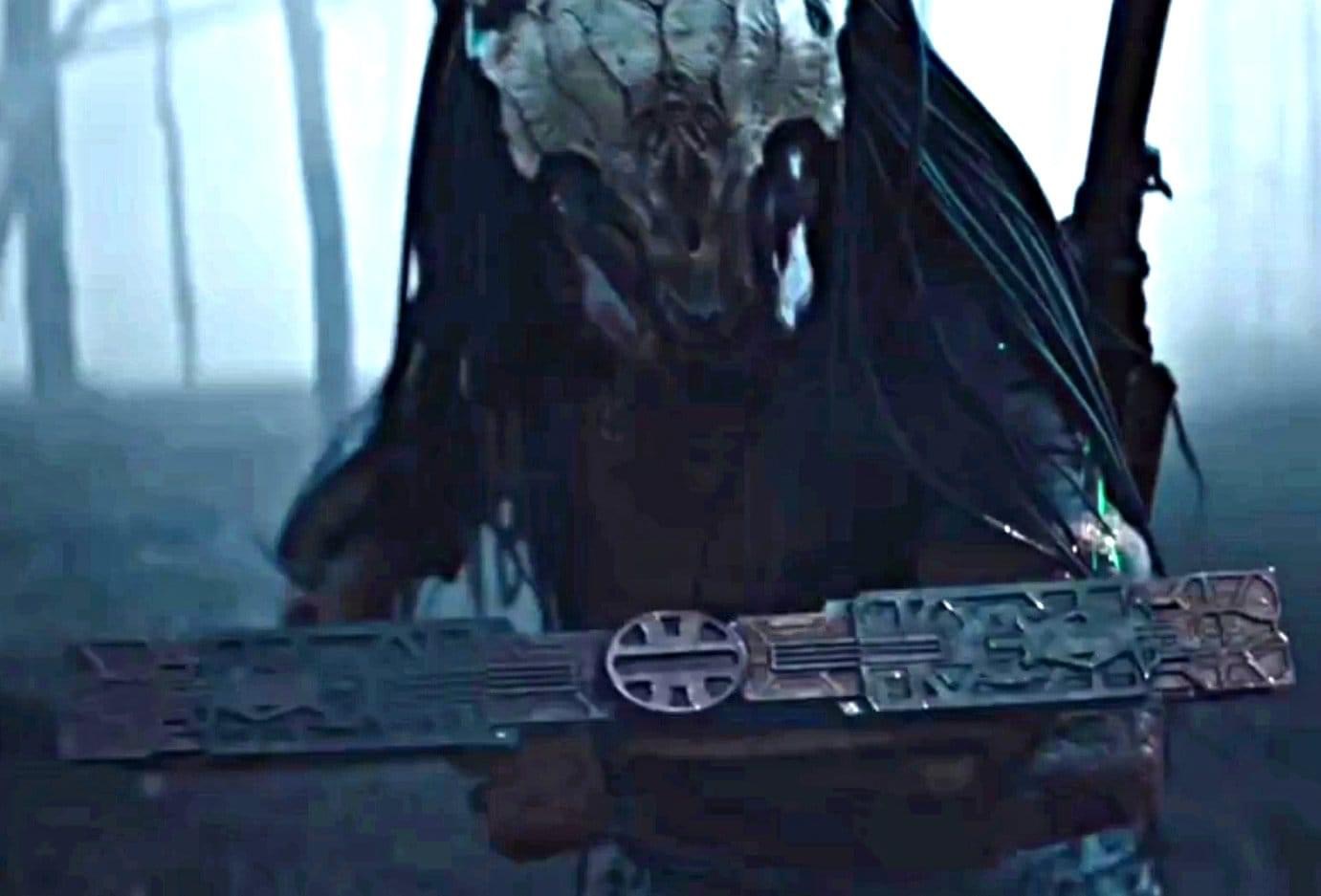 Yeah I saw that news!!! Jesus those wristblades look narley. Anyways I’ve got a couple of stuff that’s connected to the movie

Here’s the official trailer from the 20th Century Studio channel:

Yeah I’m pretty sure I may have read the same source as you did, as the concept of a Predator from a different hemisphere of the planet also interests me. It would also provide an explanation for the Feral Predator’s facial appearance as we have glimpsed it thus far.

Overall the concept of this Predator really intrigues me and also the mention of Feral being seen fighting a multitude of different animals during the movie is something I really wanna see.

It would be cool if wildlife attacked pred and ft.
But was actually dangerous. Unlike current A.I.

one of the producers said that this is the first hunt on Earth (but I do not believe much the words of a producer, it will be the movie itself to verify if this is true or it was just an “exaggeration”)

Director himself debunked the statement.

OHHHH thanks! I’m so glad to hear this.

Can you send me the source for that? So that I have it if other users ask for it.

Cool! But it doesn’t make sense for a single wolf, wolves always hunt in packs

Not sure if there’s a difference when PC players are around (since I know AI take up computer resources as when they spawn your frames start to drop like crazy) but, AI on this game, besides being incredibly stupid, they are incredibly broken. They spawn right behind you, start shooting immediately, and almost always after you finished using a medkit, which means you are now back down to the health you were before. Up close they also do a lot of damage. Is basically the spawning what’s wrong

Alongside the official release of Prey’s full trailer yesterday (which is currently trending at #3 on YouTube!) director Dan Trachtenberg and producer Jhane Myers spoke to several outlets regarding the film. With each new interview we’ve been learning more about the upcoming Predator film ahead of its August 5th release.

In this new interview with ComicBook.com, Trachtenberg spoke about Prey’s iteration of the Predator (which we now know was called the Feral Predator on set), and the inspiration behind some of the new extra-terrestrial gadgetry we saw in the latest trailer!

“I teased a while ago that I took inspiration from the latest God of War video game, and those two things are in the trailer. One is his shield, that you see briefly. And the

“I think our Predator in my mind, not only does he exist, you know, 300 years before, but I think in sci-fi movie terms, time moves very slowly. If the way that Star Wars functions or even Star Trek, you know, it’s like 300 years. Ships aren’t suddenly like so different. But I think this guy’s perhaps from a different hemisphere of the planet and a little bit of a different breed. So even his look is a little new, it’s familiar, but new. So I’m excited for people, even for diehard fans, to really see something they hadn’t seen before.”

I was thinking about AI units

I only mention it cause in evil dead the A.I. actually serve a purpose. I still feel this games missions should have felt like a ghost recon wildlands mission on the highest difficulty.

Honestly, this looks better than The Predator. It actually looks like it could be fairly decent. And I’ll probably watch it in the Comanche dub, just for further emersion.

I really hope this mask makes it into the game. I mean, come on, there HAS to be a deal between Fox and Illfonic to promote this movie using the game.

Honestly, this looks better than The Predator

home Film is of better than The Predator

For people who don’t know how the Feral Predator sees with his Bone Mask, this is technically how thanks to the help of IRL_Customs on Instagram 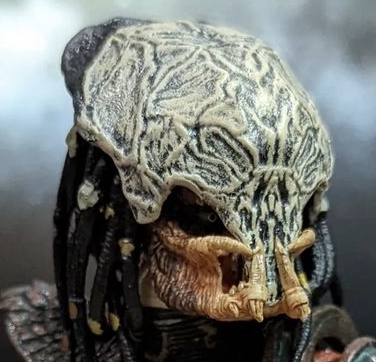 The bone pieces do look kind of like this, yes, but it seems it more like the Exiled’s and Mr Black’s masks.

It’s bones added to the mask, thouth the high tech mask underneath seems to be less developped, might be covering from the the prelocks down to the eyes with a smaller rebreathermaybe ha it doesn’t covers the mandibles.
And clearly, he can’t see with just a bone mask in front of his eyes.

About the new breed, It might work, and look more like the earlier designs of jungle hunter, more teeth, thiner mandibles and both articulated verticaly.

Guess Dan Trachtenberg isn’t aware of the canon lore about the Amengys doing genetics manipulations on the yautjas ancestors.

Kaail the Alpha predator being, well the first and ancestor of the Yautjas as we know since 1987.

I do not think this is correct 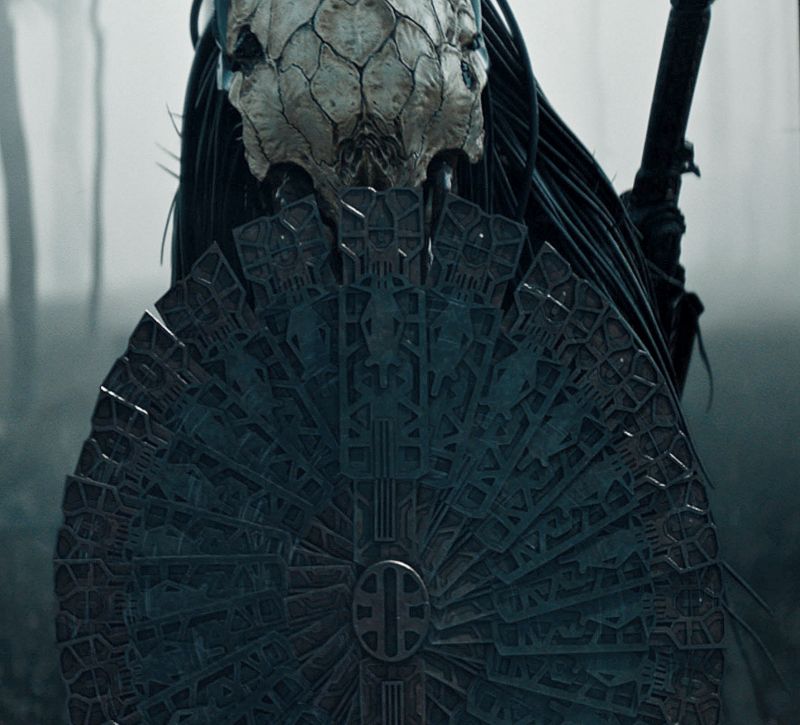 the eyes are covered, or at least frontally covered;
probably it’s just a technological biomask (with a skull over it) like those in PHG that has eyes covered but the Pred can see without any problem.