Welp (two) new patch it is so here come my personal feedback about them!

*This is bit more personal and i know its just isabelle and keyes making assumption but: Yautja that are dumb muscle who can’t take care or repair their own tech? like come on. they are not shangeilie, those guys are ressourcefull damnit. (tiny dumb rant again not to be taken seriously.)

Overrall a pretty empty update after two months of wait. and despite some cool stuff like cleo models or the new tapes the update really failed to deliver with no balance change, weapon, or even a single optimazation patch. Despite this you guys advertised for the next patch movie predators games modes and perhaps a new map? i will stay tunned them and see for myself if the october patch will be the savior for this game but i have hopes. so good luck to the team working on the patch and see you in october.

Here are my suggestions for the team, From top, the most important ones, to bottom the less important. i hope this might help in some way!

No More tapes, focus on the game and stop trying to write your own story. Just make a good game ffs

as if these weren’t ask way back since launch. this is the best they offer. i doubt October will be any better.

From top, the most important ones, to bottom the less important.

Everything you said is absolutely correct and needed. And uk I would say we have a chance if me, yourself and many other day one players hadn’t said this same type of thing in the past. I can’t count how many times I’ve made a post with interesting feasible concepts to add to the game or gameplay adjust etc. I’m sure @OldKingHamlet or one of the other developers will pass this along and they say they hear us but implementation of certain things excluding movie franchise content that’s been long overdue has yet to be put in.

They ain’t gonna add any of this mate. Don’t waste your breath.

I agree with everything here. Really well said, good fellow!! I feel like Cleo should be the first to break the “slow tank” trend though. I suggested they max out her stamina or her speed. Or raise her stamina and health. Right now she has the lowest stat points, meaning arguably and obviously from a numerical and stat point value…she’s garbo.

Still looks like an alpha bad bitch though. I will give the creative team that!

Yeah the art department is truly gifted. The actually developers suck ass though.

October is going to be very interesting

That’s not even funny

Just listen to the Isabelle tapes

His jetpack will be so much fun!

Maybe we’ll get a four armed Yautja NPC too?

I love to see royce to get added

If that’s the case, it would be better to bring that team home and have them working on the actual game as well, otherwise they’re really not adding any value to this game. No one bought it to listen to an audiobook, least of which, locked to the extras in the main menu… so you can’t even listen to it while playing like any other game with this kinda exposition dump format.

If they can’t do anything else but write dialogues… theyre a wasted resource in a game like this. It’s unnecessary and will likely be bound to this games universe alone, making it ultimately pointless.

Like… just watch the movies or read the comics/novels if you wanna dive into the lore, this is a 1v4 action game that breaks continuity while pretending it doesn’t. Waste of your attention.

If that’s the case, it would be better to bring that team home and have them working on the actual game as well

Know how to code games

Bravo your a genius

If they can’t do anything else but write dialogues… theyre a wasted resource in a game like this. It’s unnecessary and will likely be bound to this games universe alone, making it ultimately pointless.

A. They’re kind of a nessacary part of all games

Even doom has use for them

B. By that logic else world stories suck as well as the killing joke comic

hey whoa cool it with the anti-sangheli rhetoric

They weren’t uplifted by another race, the Brutes were. Sangheili had engineers developing slipspace tech in secret with stuff they reverse engineered from the Forerunners. They’re the best pilots in the Covenant. Even the rigid head honchos on their homeworld that swore against using the tech eventually needed it to turn the first war against the prophets which is how the covenant was formed to begin with. A Sangheli vs prophet draw.

Their tech isn’t so shitty that a showerhead or some gunfire breaks it either. Half of preds gear might as well be prototypes.

Bungie has actual writers and a coherent halo bible.

His jetpack will be so much fun!

Maybe we’ll get a four armed Yautja NPC too?

FT will get cloak pred will get a melee weapon

Royce being added to the game as a Predator 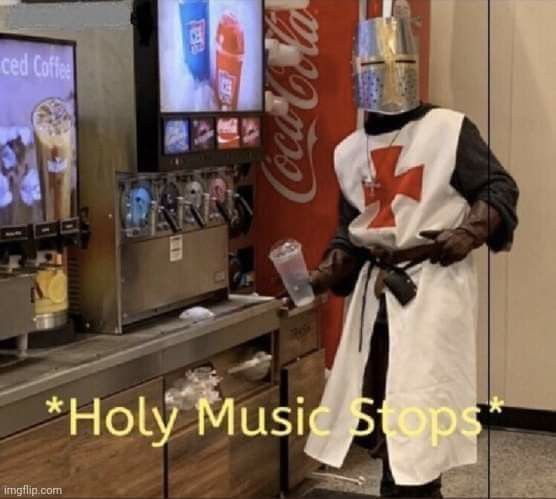 slipspace tech in secret with stuff they reverse engineered from the Forerunners.

No that’s not me being a templar