Check out the P:HG ELITE PC SERVER (Private/Pubs) community on Discord - hang out with 75 other members and enjoy free voice and text chat.


Join this servee you will find people to test it , I am training at the moment. And I will not touch PHG until people.will.tell me that they fixed hit boxe of fireteam when they crouch 🙂
6 Likes
SPLAT December 8, 2020, 3:36pm #24

better than nothing. Anyone can confirm about Bow and rest of pred bugs fixed ? That’s all ‘buffs’ he needs.
You watched their streams, they’re having funt as FT so why bother about preds bugs :P

A whole extra month and only more FT content, no pred specializations or ranged weapons, gear. At least you’ll be able to equip these high cost defense perks on all the preds with high perk slots…

Anyone want to bet that the Elder skin bug is still in the game - seems to be a tradition now not to fix that.

Forced to use light bender perk… instead of mudded fireteam footprints

I don’t know who is answering for the updates, but this guy is literally dumbass. I just don’t understand how they can do such shitty updates with such a disgusting balance. Is it really not possible to spy AT LEAST SOMETHING from the proposals of the community?

It so funny and sad to see how they are killing their game… Until next update in month or two game will be just dead. And on their stream, they will just ignore all uncomfortable questions and will be sitting with smiley faces

Next update is February

It’s not like they had extra time to fix all the current bugs or anything. I guaran-fucking-tee you that the audio bug is still fucking there as well as the bow bug.

We need time to judge this. The increased armour and impenetrable buff might actually make the pred pretty tough. He should now hopefully take far less damage on his way out of an attack due to less damage from behind. Plus you’ve got extra energy reserves and a less power hungry caster.

Lets not go nuts until we test it.

As for the FT content. Marshawn who? Couldn’t we have got Bill Duke or someone to reprise their role? Hopefully the rocket launcher will just have the same power as the grenade launcher but be heavy like the minigun. Then it won’t be so bad.

Sadly no mention of fixes for the biggest bugs or any optimisation for ps5. 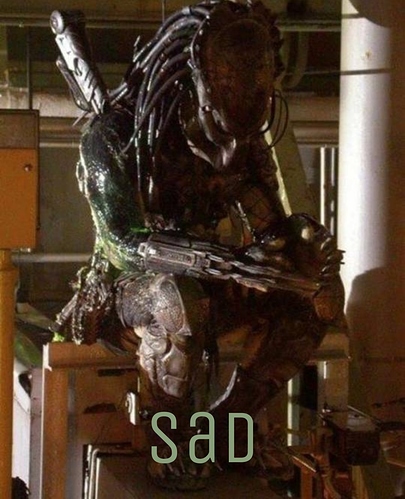 The Ironside perk though. For real? You give him a defense buff for running away??? Are they literally just trolling us???

But what is the point of this update, of these perks? They are useless. People will have to wait until February before we see anything good. But most likely it will be just another shit like this. I mean that there is no any sense to think about this perks when the game will be already dead in february