Get some friends together and modify private lobbies 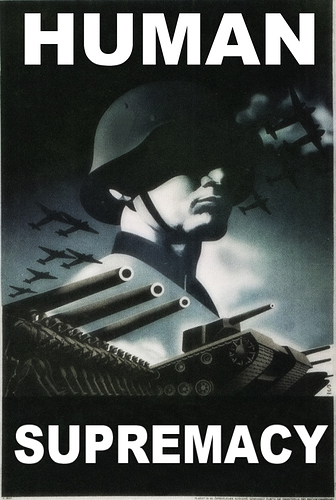 Obviously your not a fan of the predator lol

Not a fan of aliens or xenos in general

So your telling me if Aliens came and visited Earth bring Space Booze and Space Weed you wouldn’t trust them?

What about if they gave you a awesome space gun!!

Trying to bribe me to make me compliant? Not a chance bub. They give me a gun, I will immediately use it against them.

Space tiddies or nothing

It’s really a complicated matter. The main issue is the quality of the player base. They are largely low skill casuals. Which is fine, being a casual gamer is cool as long as you enjoy it. A game can’t be balanced around the wants of the elite players as you will alienate the bulk of the player base. It’s a numbers game. It hurts the devs more to lose a thousand casuals than it does to lose a hundred vets.

Think about it. Right now the medium to high skill preds are still winning most of their matches. So are most of the medium to high skill FTs. The problem is when the two meet. A high skill FT will beat a low/med skill pred almost always and also beat a high skill pred, not quite as often, but most of the time. So we come on here and say pred needs a buff. For us that’s true. But for the other 95% of FT players a pred buff will mean they get beat every time and the skilled pred players will have no challenge at all unless they meet a pre made which they mostly won’t. That will make the casuals and the now bored pred players delete the game.

Right now an average pred can use valk ghost or alpha assassin and take out FTs pretty easily. I recommend you try those combos, hit and run and use the trusty caster from cover if you need to.

We need to accept that the game is fundamentally flawed. The main cause is that we are not the characters in the movie. They didn’t know what was stalking them, they were scared. That’s why in the movies the pred is so effective. When the game first came out most of us played it slowly. Mudded up and tried to quietly move through the jungle effectively role playing and feeling that edge of the seat tension. The pred player caused panic when they attacked. Then after a while we learned that we could win more matches by speed running and concentrating fire on the pred to wind them and chase them down. Just like you hear about in the owlf/Dutch tapes. They learned “if it bleeds, we can kill it” and started trying to capture preds.

For the players. The fear mostly went away, mostly.

I sorta of agree with what your saying but how do you explain one fireteam member killing a predator by himself. I use alpha assassin combo and get destroyed in one clip with impenetrable perk on. Ive single handedly killed a berserker with owlf plasma rifle. Something is seriously wrong with that.

I’ve just had 4 matches against some pretty good players, I won them all, there was even a rematch which happened, so I know 2 of them were a duo.

Cool played 6 matches this morning lost 2 of them. One match was lost because the first guy to spot me put me in second wind in about 12 seconds all by himself. When I tried to run up a tree to get away the weird glitch that makes you jump at the tree but bounce off or fly right by happened landed right at his feet and was dead before I hit the ground. When the match ended every player had zero damage except the one guy who was at 2800 damage. This game needs work

That guy seemed experienced, and the game got you with the trees, I just leap when in second wind, no point in tree parkour.