A new gear for predator would be to throw a tiny bomb with gas in it that dealt 35 initial damage then 15 damage per second with a 10 meter radius.

This has been mentioned before.
Tho it being destructible, is a bad idea.

5 damage per sec is too low.

If you’re going to bring up old ideas,
At least make them good dont make them weak. 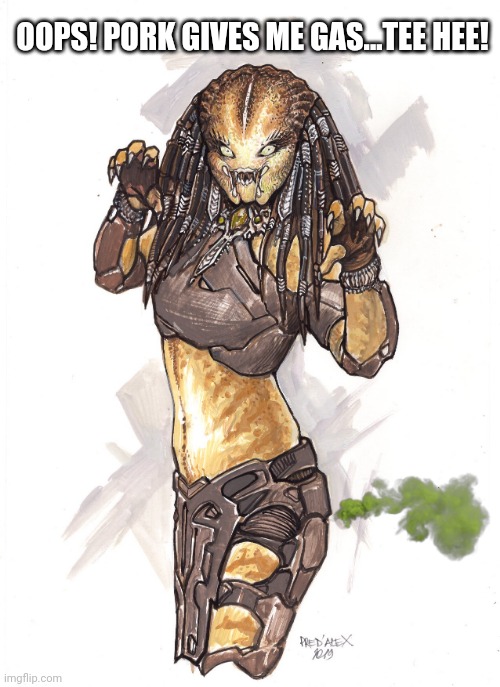 I didn’t know it was a old idea. And that i made it weak.

I cant remember all the ideas, but ppl asked for C4 for ft, land mines, lazer trip lines, a scout/attack drone for pred.

The drone sounds cool but will probably never be added.

Or be way too buggy.
Idk illfonic had a really hard time programming things to work.

Your right, and maybe we’ll get a new game mode that doesn’t work lol.

Not effected by Disciplined.

Imagine running FT and you’re busting through the jungle, you checked and saw Disciplined so you know you won’t hear clicks, then suddenly from the trees above you hear FFRRRRRTT. FRRT FRRT ffffffffffffFFFFFFRRRRRT.

And imagine getting hit with the SAWZ, especially while jumping, instead of FRT its BRRRAPPPPBBPBPBTBPBTBPBTBPTB with green diarrhea spraying everywhere.

The gas also makes the detonation radius larger, so there’s less chance for an escape. You essentially HAVE to be at least running Double Time to escape, better chances if you’re Scout or Dante. There’s also a passive stat on the gas mask, with a 20% damage reduction from all gaseous Preds.

But if ft breathes it in, 50 damage per sec.
Melee scout here we go.

Exactly. Forget the ranged meta, the new meta is to run in and purposefully get shot up.

Everyone will be running the tank classes with Impenetrable, Large Pouch and Medic, jumping into the middle of premades and teabagging while getting lit up, each hit filling the area with that sweet Yaujta aroma, doing more damage that any axe ever could.

It’s for using on campers only. Also for trapping fireteam in a certain area.