This idea was mainly inspired by the Predator 2018 film on how the Upgraded Predator seemed to have used a rope dart of some kind not only to to lift people into trees but to decapitate them with its sharp wire. However I though of its usage in a different way, being it a gear option for the gauntlet of the predator to shoot a harpoon into the fireteam and have to drag them away to the Predator. This will give the Predator one and one time for that unlucky soul who was dragged away from the squad, the damage on impact for the harpoon / rope dart would only do a minimum of damage similar to the wrist rocket or bear trap.

With this gadget equipped, it will also give the Predator a unique silent take down having the Predator recreate what we have all seen in the jungle and that is the skinless body hang. How it would work is if a Fireteam member has been downed a number of times for a skull to show up above them, the Predator can only activate it from the gadget from the trees. The fireteam would be lifted up slowly for the squadron of the fireteam to react to either shoot the rope or the Predator, but once the fireteam member is finally with the Predator in the tree, the Predator will do a short animation similar to Predator: Concrete Jungle and leave a skinless body hanging in the tree. The Predator will only be allowed 4 rope darts with a number slot of 4 as well, The Predator can reuse previous darts but once they are destroyed or cut they are no longer usable.

Now the only way for Fireteam to counter this gadget is for either:

1.) The Fireteam captured will have to do a mini game similar to the bear trap or net.

2.) Fireteam group members can shoot the Predator to interrupt the Predator pulling the Fireteam member, however if interrupted when pulled up a tree it would have the member being pulled to be dropped from whatever height they were pulled.

3.) Cut or shoot the rope from which the dart came from between the fireteam member and the predator.

What do you guys think, let’s discuss and possibly debate this topic.

I like the ability to scorpion pull FT. This would help with isolating FT but the pred has to be able to move around corners after the shot otherwise he’s dead.

Don’t like the net gun mini game cause macro’s but I’m fine with the bear trap mini game since it’s consistent.

I’m not a fan of the skinning FT because it’s a sign that the prey was weak. However that’s more personal and I have my own wants that contradict lore so I guess I’ll leave it. But personally I’d rather it not be skinned so that we still get to see the cosmetics and make it immediately noticable that it’s a FT member

One major change I’d make though is it’s not destroyable by FT. It only stops the hook and you keep it.

As well as having infinite uses but make it cost 6 in order to comensate.

I’m glad you like the idea, as for the mini game I was thinking of a animation with the fireteam using “their knife” to try and at least cut the rope. The fireteam that is hooked can not shoot or hurt the Predator and only can try to escape while the other members attempt to save him.

I feel as though it should at least be destroyed so you feel as though you have to be accurate and have to really be choosing your right moments, with perks like large punch and trapper really showing the advantages for this gear. However I do agree that maybe the gear slot number should be higher since this tool is really for the experience players. It’s kinda like a High Risk for a High Reward with this gear, not too easy but not too difficult to use.

The fireteam that is hooked can not shoot or hurt the Predator and only can try to escape while the other members attempt to save him.

Ya that is a nessacary.

I have to disagree, it’d only really punish worse players plus I really like the idea of having a gear item that doesn’t have a max number of uses.

It’s pretty much a 3rd weapon for the predator at that point.

Maybe your right about it not being destroyed, just don’t want it to seem overpowered. Plus I feel as though everything should have a limit like how bear traps, nets, and wrist rockets have a number that leaves it limited.

Considering the fact that FT has absurd DPS I think it’ll be fine. Besides like you said it takes skill to use so a skilled pred wouldn’t lose it anyways.

That is true and fair.

the pred has to be able to move around

I was thinking that would be cool, but I’d also like to quickly drag them away.

Although I think you should just be able to hang them from a tree and leave them there alive.

Because Illfonic won’t give us both

Bleh I hate that mentality. If we don’t push Illfonic they won’t give (of course people are fine pushing insults but not idea’s) not to mention it’s the idea not the implementation.

Oh I’m on board with pushing ideas at them
But we won’t know witch ones they’re going to hear, like for say GiVe FT a RoCkEt LaUnChEr

TBF the reactions were funny and it’s pretty balanced. So I say it was worth it.

Plus, ITS A ROCKET LAUNCHER! I’d say it was worth the wait for whoever pushed the idea.

While the game does need more content, content isn’t the problem. A decent balance patch is worth more than a content drop right now. For game health at least. 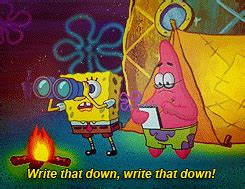 Side note: If we keep discussing these ideas and adding more to them will get better results for both balance and content. Because if Illfonic sees a suggestion have a lot of comments on it discussing the suggestion they might be more inclined to listen. Big numbers help even the simplest of ideas grow.
So adding a comment to an idea you like helps it greatly in the long run.