So for February's DLC what d'ya guys want?

Granted it’s slow but many things I have wanted have come into the game. I didn’t have a large list like so many other people have and I can happily say mine is almost filled out. I think all that’s left for me is U.V. vision, Big Mama Predator, Wolf predator because I think he’ll definitely give us more Predator equipment since there isn’t much, the Exhiled having his dreadlocks fixed and maybe Machiko Noguchi for FT? I think she’d be really fun or a character with the same essence being added. Also! More hairstyles for soldiers please. Other than that, I’m good.

You guys? Besides some balance changes and whatnot, specific items, missions, characters or whatnot you guys would like?

Oh, also I just remembered that the Supers don’t have their roars. I’d also really love to see a custom female super predator @Kassinaillia (Pls pass the message on about female super. That’s like the one I want MOST!!! Please and thank you very much.) definitely want to see how a female super could be handled, lore and all.🤔🤔😁

Ooh! I’d buy Harrigan or Royce. Noland was cool and I love that actor so I’d buy him as he was somewhat similar to Machiko so that works for me.

That can be assumed which is why I said not to mention it, but aight. Thanks for responding though. What do you personally want that for the game regarding content my good fellow?🤔

An Archive for all the leaks 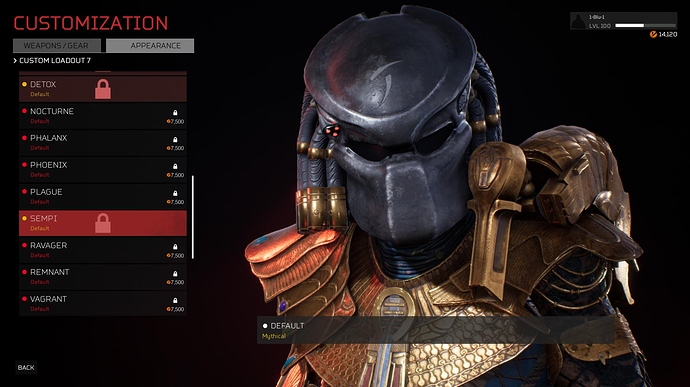 Been waiting for quite a while for what I want. I don’t expect to get it any time soon

Umm, another JH? Or does This belong to a particular predator?

We need the predator to check out how well the hotel staff have been cleaning.

… I’m sorry, I’m unaware of who that is. I saw Wolf’s AVP movie but not the others.

I would want bugs and glitches to be fixed first but if their is new content then more weapons, gear, customization, and perks for both fireteam and predator along with more maps and missions.

Wolf’s AVP movie takes place right after the 1st one

Oh really? Like days, hrs? Weeks? If so, then dang, I hate watching movies out of order

No that cannot be assumed at all. I’ve assumed they’d have fixed the audio bug for over a year and a half but yet it’s still there.

Umm, which audio bug? I’m uncertain if I’ve encountered any as I usually play while listening to music.

The long running one that completely removes 99% of all audio during a match. It happens frequently and has been in the game since excavation released last year and has yet to be fixed.