This has maybe been proposed in the past, but how about giving the fireteam a crossbow to create epic fights against Preds with bows ?

Compatible with all optics (even Pitbull’s 6x)

Cons:
Same reloading time as the bow but no charged shots

What do you think Illphonic?

This is kinda cool, but that’s a LOT of ammo. More than the SAWZ with Prepper.

Well if the burst option is a thing then they’d have to nerf the damage in favor of fire rate.

Burst fire should not be an option on a Crossbow

If a crossbow were added, I would make it a bleed damage weapon. So keep the damage “lower” around 150, but add 100 bleed damage.

PS: My personal opinion is that Crossbows or Compound Bows are somewhat gimmicky in modern shooters, because a suppressed gun would always be more effective. At least with bleed damage it would have more of a unique role.

Bro, I love this idea! I’ve thought about this idea as well! @illfonic: PLEASE ADD THIS!!! 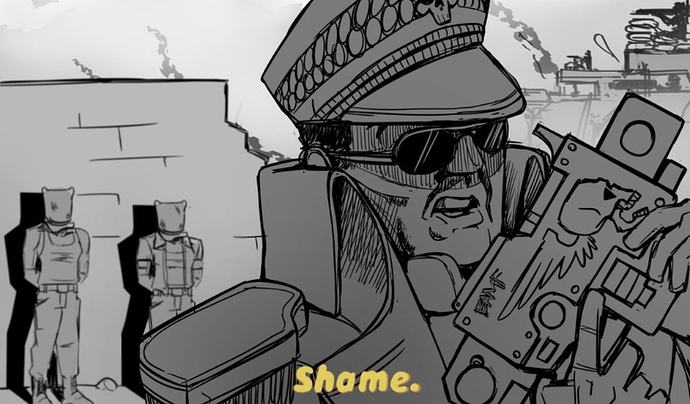 no man not a real burst, just 3 darts shot faster one after the other, balanced by a longer time to refill magazine every 3 shots, and damagewise I don’t really know, but the bleeding part sounds cool and indeed unique as well

Pretty damn good Idea, but i hate to rain on your parade, but illfonic never listens to shit on the feedback part of the forum when it comes to adding cool stuff (not that i’ve seen anyway).

This is untrue. We read every post, dm, and email and have implemented several features suggested by player feedback. We can only implement so many suggestions, as we get hundreds.

And it listed reasons why and at the end it said: -Illfonic admins

What email address were you using?

Thanks for your answer Kass, could you please tell us which suggestions are more likely to be considered? Weapons, Classes, Skins… I guess some must be complicated to implement due to 3d modeling, texturing and overall balancing in game, but in general any feedback from you guys would be great. Ever considered some kind of community item design contest?

Could also slow the target down for a few seconds, just as Pred’s bow does, but bleeding proc is also very cool

I don’t know where people got the idea that crossbows are silent.

I’m betting most of those hundreds were related to fixing bugs.

well compared to a machine gun or even a rocket launcher they are, kinda.

I couldn’t say for sure. I would say that cosmetics are easier for us to implement than making major changes to gameplay, but don’t quote me on that.

Why is valkyrie’s attire so clippy? The backface of her kilt is like…just this big, flat square of chain that kinda just floats behind her ass. And why is there no black armor dye yet; it’d be great, given that most of the predator’s helmet and armor are always mix-matched due to being off-color (nova armor doesn’t even have a helm color to go with it)