The issue with the Trophies

As in the ones you unlock for your predators. Here’s my problem.

So the skulls look the coolest. Because predators, wearing bones, it just goes together. But due to the rarity of the “legendary” trophies, people seem to prefer those.

I kinda wish we just had more alien skulls or bones and human skulls with different features, like caster holes in the temple, missing the jaw bone, ones with golden teeth, or the spine still attached. Stuff like that. And maybe the ability to carry more than one.

But instead, and here’s the big issue, we have all these broken weapons, that ALL imply our predators are fuckin dinosaurs.

The Oldest predator we’ve seen on screen, who’s age we can estimate, is elder. And based on the flintlock he carried, telling us the timeframe he hunted in, we can assume he’s roughly 150-200 years old?

There’s an Ottoman Empire dagger trophy that specifically says it’s from when the Ottomans attacked Constantinople… what. The . Fuck. Lol this easily makes your predator double the age of elder and some. Meanwhile, elder physically appeared old and worn down. So we can assume predators don’t live exponentially longer than elder.

Then there’s the Viking Axe trophy. Which makes your predator ATLEAST a thousand years old.

Why is this a problem for me? Mostly just cause it seems fuckin lazy dude. And the fuckin SPARTAN SPEAR HOW DID I FORGET. Bro the fuckin SPARTANS??? What’s that like 10,000 years or more? Elder is old as fuck and looks weathered at age 200?

Guess all our predators in this game eat there fuckin wheaties. I’d just like. Some thought process at all given to this game.

this easily makes your predator double the age of elder and some.

Not if it was a hand me down

My issue is they are purely cosmetic

Elder is old as fuck and looks weathered at age 200?

I’d just like. Some thought process at all given to this game.

But if you’re carrying a Trophy to show off you’re a warrior, it kinda makes you a bitch wearing a trophy you did not earn lol. Like if I took my step dads brown bear skull and put it in my house that’s one thing. But if I’m bringing it places like, yeah, check this shit out. And I didint even kill it, kinda makes me look like a nerd lol

Based on what?? Cause math says no they can’t. Elder is around 200 and LOOKS old. Based on his aging, they do not get a whole lot older than him.

They could have earned it though

They could also have picked it up from a fallen foe

And if you say a comic had a thousand year old predator I’ll stop you right there. Comics are nonsense. When you start using expanded universe stuff you get into a massive pile of worms. If you use comics for your lore, then Obiwan Kenobi can rip planets apart with the force and Batman is a pirate and deathstroke is faster than the flash

See that’s great and all, but we have a Viking predator who’s stated to have hunted Vikings hahaha I’m pretty sure the trophies are very much implying the predator killed the person and took the item

Well you got me there 😂

There’s definitely a lot of holes in the lore

Or things that are simply undefined

I kinda wish we just had more alien skulls or bones and human skulls with different features, like caster holes in the temple, missing the jaw bone, ones with golden teeth, or the spine still attached. Stuff like that. And maybe the ability to carry more than one. 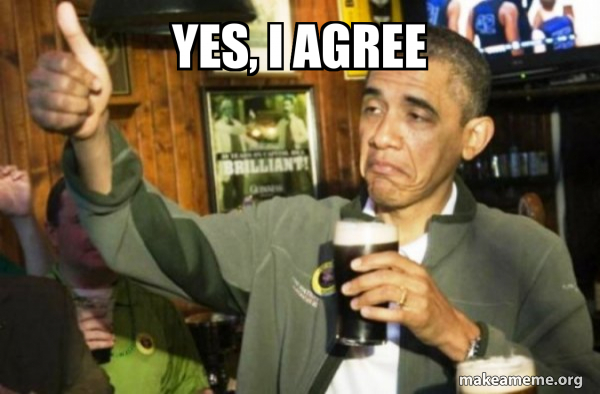 They could also have picked it up from a fallen foe

My internal lore is that they take weapons as trophies if the weapon in question was used to kill a different predator. I know there are some plot holes there, but I “don’t give a shit.”

Elder is around 200 and LOOKS old.

You do relies there’s an Ancient rank

and Batman is a pirate

That’s not even something canon

Some comics are poorly made yes

deathstroke is faster than the flash

Your saying this is nonsense yet I don’t even know what your referring too.

Ancient mask… from AVP lol
It’s called ancient cause the mask is ancient. Like you found a mask from a predator who lived a long time ago. Not that the predator who wore it originally was literally ancient.

In other words. A Spartan spear is ancient to us. But to the Spartans, it was not ancient lol. By your logic if I grab a dinosaur bone I’m prehistoric

Not that the predator who wore it originally was literally ancient.

Ancient is both a word and a rank

A Spartan spear is ancient to us

Ok…its been canon since that film that Predators can live very, very long lifespans.

The Elder Predator from P2 is estimated to be active at least 200 years ago, but that doesn’t mean he is exactly 200 years old. Simply that is the earliest activity we know of him hunting on Earth. The producers from P2 have stated that CH is a young teen compared to the full grown Jungle Hunter in the first film. Why is this part important you ask…

Its even in the OWLF tapes that by sampling the organic tissue of CH’s chopped off arm that was recovered after the battle, that CH is by minimum to be 300 years old. Remember, this is a teenager by Predator standards. That would make the Elder to be up there in the thousands area, maybe more. Tape 10, Technological Finds. The lore in HG builds on what is already existing. Stephen Hopkins and The Thomas Brothers, who Hopkins and the Brothers worked on the second film but the Brothers did the first film, stated that Predators have been hunting on Earth for at least 800 years, which means that its confirmed they have been actually doing this for way longer.

Oh and the Egyptians are way older than the Spartans, by the thousands more. For reference, Spartans fighting in the Battle of Thermopylae, which was the famous 300 Spartans battle, was about 480 BC while Egyptians had their First Dynasty at least 3150 BC.

When you start using expanded universe stuff you get into a massive pile of worms.

we’re missing the wheelchair predator from the novel.

My logic makes perfect sense you’re pulling stuff out of context to make you sound right lol. You’re saying he’s ancient. You meant as in old. You weren’t discussing rank or anything, as this conversation is about there age. I proved you wrong so now you’re grasping at straws. I’m not doing this with you tonight man you stay dying on hills and refusing to be wrong when super blatantly obviously wrong

Hoss I know history lol. But Spartans were annihilated, meanwhile Egypt still existed. Meaning Egypt existed closer to us then the Spartans did. As in if you go back in time, you’d have to go back further to meet a Spartan than an Egyptian from ancient Egypt

Despite every reason I can come up to explain shit like this with lore like with what @Pepestorm said, I got this for tonight. rule of cool.