Why Lego Avengers is better than Crystal Dynamic's Avengers 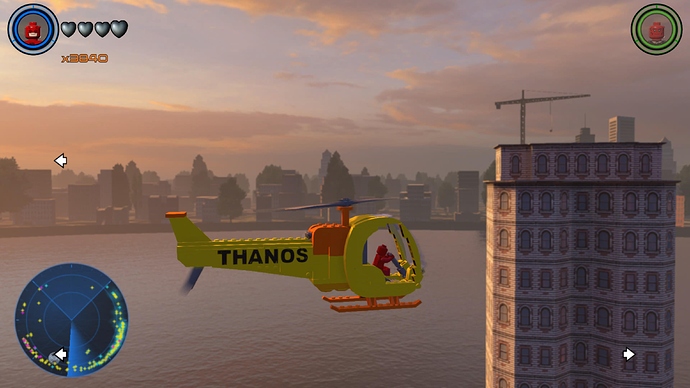 I rest my case.

Those lego games were actually fun 😁 marvel superheroes 2 was good . I never played the dc villians

Damn right they are. I’ve only played a little bit of marvel super heroes 2. I’ll probably 100% the other marvel ones first before I go back to it.

Lego DC super villains is a fun one. Best character customiser out of all the Lego games I would say. Your custom character is part of the story too which I thought was cool.

They are better than square enix’s avengers 😆

Which is quite sad when you think about it lol

Same but for me that was back on the 360 so I’m doing them on PlayStation.

The jurassic world one was ok too . Star wars etc . My son had most of them on ps4 but at Christmas he gave them to his cousins as presents

I loved the Jurassic World one. So much fun playing as Lego Dinos. Lego games are always a nice but of fun. You seen the new Lego Star Wars coming out this year? Sounds insane with what you can do. Seems like it’ll be one of the best Star Wars games because of how massive it is and how much you can do.

Nah I haven’t seen anything , if I am honest I am getting less and less interested in gaming . I recently got hitman 2 and hunt showdown, but I have barely played them 😁 .

Its maybe the lockdown burnout

Ah fair enough. You should check it out though it might get you back into gaming lol. But nah it’s gonna be very different to other Lego games. It’s gonna have over the shoulder camera, light, medium, heavy attacks and combos for lightsabers, space battles with to scale ships and you’ll be able to fly into the capital ships and take them down from the inside, hijack them or just explore them, 23 planets/moons to explore, some kind of upgrade system, more in depth force abilities like being able to create a big ball of objects you can pick up, bounty hunting, smuggler runs, pod racing and so much more. So yeah it’s not your usual Lego game haha and that stuff alone is enough to get me excited lol.

It sounds interesting, is it on the new gen? Or current and last? Saying that , there is a new boxing game coming out that looks amazing. I will probably go for that

It’ll be on both gens.

I will just check it out . What is it called , the skywalker saga ? I just watched that one

I mean , episodes 7 , 8 and 9 were the furthest thing away from the skywalker saga , but apart from that it looks pretty decent . I cant remember much of the old lego starwars to compare, but never hurts to see the older ones getting some love

Either way I reckon all the movies will be fun to play in the game. Lego games always manage to make things fun and entertaining. I don’t care much for the Harry Potter movies but I do like playing the Lego games of them. And If they can make the phantom menace levels fun I’m sure they can make the sequels fun too. Speaking of which I also heard they’re going to go a bit more in depth or something like that with the sequels in the game by tweaking Finn’s character a bit or giving him more of a character. Though I can’t remember if that was just a rumour or officially confirmed.

Oh it’ll also have legends content in the game too supposedly. Only know of 2 legends ships that were confirmed to be in the game. So might get legends characters too.

I never played the Harry Potter ones and maybe played the Indiana Jones one , lego batman 3 was great

Lego Indiana Jones is so underated. Loved the classic Lego games. Batman 3 is alright but I personally prefer the other 2 more. 2 had the best open world and I loved that in the first one you can play through the campaign again but from the villain’s perspective. Ton of fun that one.

While Marvels Avengers is fun. It got stale very quick with only 53 missions!

I can not wait for the new Lego starwars game. I heard it has co-op online multiplayer!