Will you guys buy the next illfonic game?

My Opinion: I have bought PHG, and F13 so yeah I’m gonna keep her going.

I assume there next game will be Michael Myers, Freddy, but my favorites were always predator and Jason so I don’t know if I’m going to like it as much.

Hell to the no

I bought this game as I’m a Predator fan, so unless it’s another Predator game…

I think they still have some life left in Predator and it will entirely depend on the next game they make. If it’s asymmetrical horror I think there’s a good chance I’ll be on board with another illfonic title.

I don’t think the Freddy license is available, I know Dbd got the remake licence but the owners of the Nightmare on Elm Street property have changed since then. Even though Behaviour has shown interest in revisiting characters, I haven’t seen any sign they’ve acquired the actual Nightmare license.

Halloween is a possibility… I’m not claiming any inside knowledge but I had been operating under the assumption that Gun Media was attempting to acquire that license for their next game. It’s possible that illfonic would go into competition with their former business partners, I almost feel like they would let that license go in favour for a more lucrative and less risky license (also to not step on toes). Halloween is actually going to be harder to make, as playable as Friday was.

Charlie the Legend is still on the way and while it will have separate rollouts, it is coming to PC and consoles. If it’s successful, I believe a Child’s Play game will have a much better chance of getting made.

Secret Neighbour drops for PS4 on the 29th of April, Evil Dead the game is dropping sometime this summer (hopefully) and Gun Media has their secret project (which people think is Halloween, it may not be, I’m both hopeful and worried if it is).

There’s things to look forward too, but illfonic’s next game feels like it’s a long way off.

Depends on how they do with this game

Bought both ft13 and phg… thats a big fucking NO! this developer should try something else other then asymmetrical 4v1’s. They suck at it imo

only reason I play phg other than being a die hard fan of the creature… is its the most recent predator game out there sadly. And who the fuck knows when we will get another.

If they can some how figure our how to get their heads.out their asses and improve more on hunting grounds. Then maybe…

James Cameron only purchased this game because its predator. Will not be getting their next game unless it is an equally interesting (to me at least) franchise.

Nope, reason for that illfonic is fueled by ego maniacs who clearly didnt make the game based on community feedback rather they keep ruining the games with taking troll feedback ideas.

Absolutely a BIG NO!! PHG is a huge disappointment for me. I thought I was going to experience some of the Yautja lore but that wasn’t the case. Waste of $60. I will never buy another Illfonic game and I recommend nobody else should either.

The only reason I have stayed around for this game is because it’s the closest we have to the original experience of being a Predator and to be hunted by one. Close yet so far away.

So will I invest in the next Illfonic game? That will be determined by how well the treat this one in the next year. But based on what we’ve gotten so far, fuck no!

Anything short of a No Man’s Sky level comeback will sink this game faster than a F13 lawsuit.

For those of you wondering what it could be

7v1 multiplayer with a story mode not based on the film

Also not limited to arctic settings

Players who are assimilated can switch between human and creature

End goal is to escape, assimilate all players or destroy The Thing

Is this a concept or is this for real 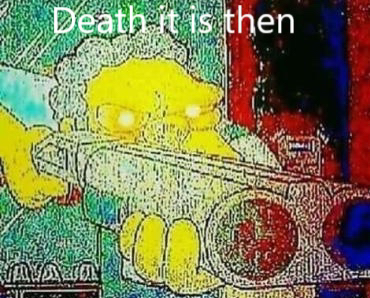