Do you feel like a potato when you play the game AssImpact? Considering you have multiple times more hours in the forum than in the actual game itself.

What are you trying to say?
MassImpact is actually PotatoImpact?

Well, off to visit your mother! 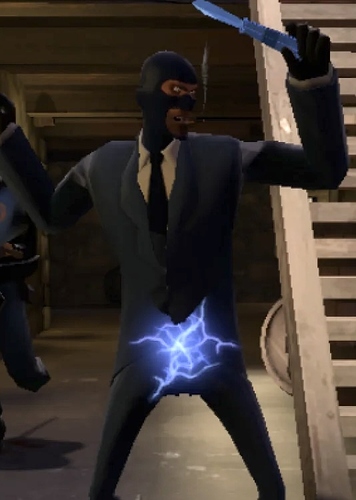 I mean Dutch 87 is the 2nd most OP Fireteam class in the game and Dutch 2025 is the hardest class to use that actually takes a degree of skill to be adept with but he is very tanky anyway.

I oughta slap the shit out of you for even asking!

Said it before, i’ll say it again; DON’T BUY THE DLCS

Dutch 2025 is the hardest class to use that actually takes a degree of skill to be adept with but he is very tanky anyway.

You keep your damn hands off that urn of ashes!

Well he has lower gear, speed and perk points compared to most other classes in their balanced aspects.

NEVER!!!
It’s the wettest pus sy i’ll ever get lmao

I see you’ve never picked up jellyfish off the beach and played natures fleshlight Russian roulette.

No FT class is hard to use, but I would argue the less easy is Isabelle since she doesn’t excel at anything except melee, but is too weak for melee engagements

Both Dutch classes are arguably the easiest classes to play, since they are basically an amalgam of two classes (Dutch 87=recon/assault, Dutch 25=assault/support). Given the fact that Assault is the best (and easiest to play) class in the game (if you exclude DLC), yeah, Dutch 25 is far from “hard” to use.

Yeah I mean I don’t really think any of them are hard to play either, but just in a sense of the one that isn’t so perfectly balanced and/or OP, Dutch 2025 doesn’t have as many perk points, gear points or relative speed as other classes, making his tankiness his best asset, alongside the fact that he has increased hip fire accuracy like Assault. He is fairly slow aswell and only has 1 specialisation that can be deemed OP/exploitational.

What I mean to say is that Dutch 2025 and Isabelle are the two lesser Fireteam classes, particularly compared to the likes of Dutch 87, Dante, Assault. After all Isabelle is pretty much just a nerfed Recon class aswell.

Overseer is one hell of a specialization that people don’t realize how good it is. It basically gives as much as 200+HP. If it was only if the one with the specialization doing the objectives who triggered the 10HP per interaction, it would be ok. but is any, even if dutch 25 is dead. To me, like most things on this game, that’s broken as fuck

Yeah I tend to run it on Dutch 2025 with the randoms because it pretty much keeps topping your health up to full from the small amounts of damage sustained by AI, and helps keep em alive a little longer as bait for the Pred while you shoot him.

Overseer is a very good tactical spec that tends to get overlooked because it doesn’t appear as blatantly OP as the likes of Fanatic, Field Medic etc. when really when you think about it, its literally a constant health top up for the whole match as long as you do mission

To me, like most things on this game, that’s broken as fuck

wtf are you so harsh? Hate giving people the sentiment that you have hope?
or tell ppl the fact that balance mechs are there in private except nobody wants something that they can control…only something force fed to them right?

Get into privates more often, take control of the game, make it fair and worth playing.
Pred doesn’t need to die all the time…not at all.
Pred needs to play with his strategies being offered and used in the first 10 minutes…not the first 3 minutes of his death by DS.