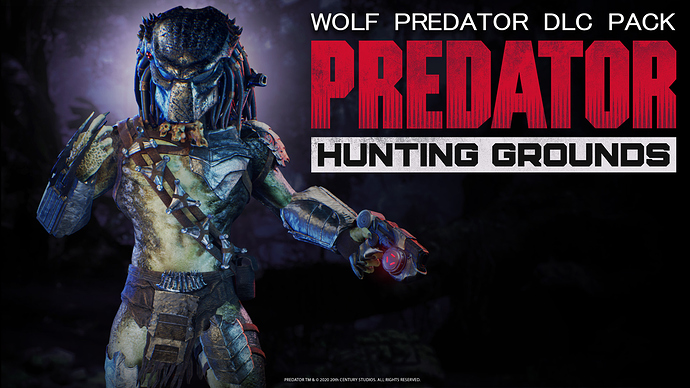 With a track record of bringing down multiple Xenomorphs, and even a Predalien, this Predator has proved to be one of the most lethal foes your enemies will face in combat. Now, you can become a master hunter with the new Wolf Predator DLC pack.

Oh your spoiling me now! Yes I’ve wanted this for so long!

Not much huh. Plasma Pistol Buff good though.

Let’s see how much they gutted him

This update is joke, wtf

There is your new pred meta weapon boys!
Whatch every pred main use scout discipline with this.

Only way to find out is by purchasing and testing

Does Mr Black and falconer still look like they have some sort of disorder?

That’s how ppl been feeling about ft damage.
For years now? Idk it’s not even worth caring anymore. The handheld buff seems kinda cool. But honestly this update should of been more fixes honestly.

It’s starting to feel like they are disconnected from the only portion of their playerbase that gives them feedback about everything. And that is not good at all.