I understand that it is easy to hide behind the word “skill”, and expressions like “git gud”, etc.

But the truth is another: the fact that you can use a mouse and that in general the FPS experience is better on this platform, does not remove the fact that playing ft on PC puts you in the ideal condition to abuse all the defects of balance that this game features.

It is known that it is an asymmetrical game and that everything is in favor of the FT, and it is right that it is so otherwise the queue to play as the predator would become infinite.

However, when 4 coordinated PC players know what they are doing, and exploit what is exploitable, it is virtually impossible to win. Of course it can happen, but they are very rare cases and more often than not, playing is simply frustrating and definitely not fun. Unless one is a masochist or fanatic, or wants to prove to himself that he can face an absolutely unbalanced situation just to be able to claim to be a competent gamer. Not my cup of tea.

Personally, when I see PC “death squads” in the lobby (I know all or most of their names), I exit the lobby. Frankly, I don’t give a damn if this is considered a cowardly attitude.

I just want to have fun. I play often against full PC ft teams, but not the infamous “death squads”, and I enjoy it great, playing against very good players.

And I still don’t understand what kind of fun are these “PC ft death squads” looking for. Stomp 99% of predators for the sake of what? Abusing an already imbalanced and bugged game? Would be like Mike Tyson fighting against a random dude on the street. What fun would that be?

If they are so “skilled”, shouldn’t they look for genuine competition instead of bullying the game’s player base? To me it seems like they’re just kiddos that take pleasure in getting easy wins. Why don’t they go play serious E-sports or competitive FPS? That’s just bad attitude and frankly is one of the reasons this game is ruining so fast.

Yeah, PC players have a lot of advantages over PS players. Frame rate, M&K and usually the rest of stuff is superior like the monitor (ultrawide, you can see more), headsets and so on.

If you find 4 man PC premade and you’re on PS… You probably should leave. I play on PC and only FT. If I see PC predator and I don’t have at least 2 other peeps with me on the team as PC… I leave to. Now if I play with my friend… I stay in all of them since I know I can count on at least 1 other guy.

PS. I had a game the day before, we were 3 on PC(randoms) and almost lost to a PS pred, we fulled around and lost 3 people to the pred (like not sticking together and stuff). After the revive… We played seriously and he did not stand a chance and this was 3 people on PC and randoms.

Buy a PS4, play with cross play off. No more annoying PC players, either FT or Pred.

Disabling cross play makes PS randoms pose no threat to him. I am sure its fun to win easy a few games but later on… The balance against PS predators is around 2 decend PC FT and the rest PS players (again, for randoms).

Got an avatar for you 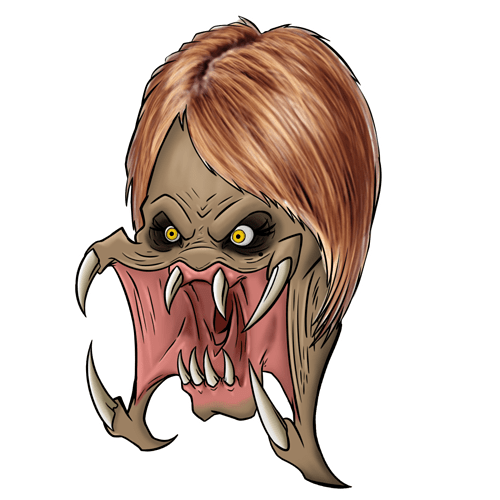 BTW, I play on “PC death squads” and we still lose around 40% of our matches.

Stop bitching and get better. There are a lot of good predators out there that we haven’t been able to defeat.

BTW, I play on “PC death squads” and we still lose around 40% of our matches

Maybe you are not on pc death squad

I mean, I’ve been called that. Anyway, is just a game. I don’t pretend to be in a competitive league ;)

Glad to hear it ;) if more people think like this, game would be even more enjoyable

in any game the goal is to win or get something better
it doesn’t matter if it’s hide and seek or a board game or the olympic games
in all cases, the goal is to be better than opponents
this is an online pvp game, if you want to have fun and watch an interesting story, play single-player games or pve
I still hope that the game will be better and online will increase
you gave an example with Tyson, but after all, you don’t leave the game when you come across weaker players (in your understanding, this is a bad attitude)
there is a bit of hypocrisy, “when someone stronger is playing against me it’s not fun, but when I myself play against weaker players it’s okay”
in many developing games they came up with such a thing as a rating, but this is no longer a question for you or me

Cant hear you over the sound if roof camping PC FT with low graphic for see the preds coming miles away ;)

That’s the most boring shit ever. I think I’ve seen people do that 4 or so times. The exceptions is when you have a mission there and you go up (makes sense).

I got a 2080 (not TI) and I hover around 40 FPS with everything on cinematic. Obviously I turn a few things down to get better frame rate. This game is badly optimized.

I said that I gladly play versus competent full PC premade teams that are NOT abusing the game’s flaws. I’ve met quite a few of them and I’m looking forward to play with them again.

The main point of my argument is that PC death squads are not skilled, quite the contrary: they just rely on technical AND gameplay flaws to have constantly the upper hand, and thus leaving no chance to the player in the disadvantaged position. There’ no sport or game in history where this is allowed. Continuing with the example of sports boxing, it would be as if one boxer fought with brass knuckles and the other with boxing gloves.

The other aspect of my initial post is in the title: what’s the point? You know you are playing unfair, and not because “the game allows you to do it”.

or maybe you didn’t take into consideration that most pc player are not as lost as ps4 player .
when i play alone and i’m with 3 ps4 player i know that most of the time it’s going to be near a 1v1.
when i’m playing with random pc player it’s already much more equal people listen to ping and what are around them
even if pc death squads exist (ok it’s annoying but it’s not unfair , you can even use it to take the upper hand in a place where you can possibly win) most of the time the dif between a full random ps4 player and a full random pc is so huge you can think they were in squad

i play both role and when i play predator thats the same full ps4 = i can probably take my time and play with them , full pc ok lets concentrate

That’s my experience with the PS players that end up in my team as well. Had one focusing on the NPCs as the predator was killing 2 people right next to him.

Noticed bad PC players to but not even close to what I am seeing with console players. For one I’ve never heard kids on PC :P

Another one basing the skill of the ps4 players that they get teamed with. Lol those players you get put with are most likely just fan bois who bought a pa4 just to play this game. They do not repsent the player base of ps players. I could say the same thing when I get put with shit pc ft players that just walk and cant seem to run or dodge a net or move out or the way of the caster.