Do you want to submit a bug? Read this first! Bug Reports

Welcome to the Bug Reports forum! This section of the forum is here to provide you with a place to post bugs or issues that you may have found while playing Predator: Hunting Grounds. Before you submit a bug report, make sure to search for other posts that may be describing the exact same issue that you are experiencing . In order for us to best make use of your bug reports, please provide us with as much of the following information as you can. PC or PS4? If PC - What are your PC specs? …

(While on branch) ‘Wrist Launcher’ --> ‘Cycle Weapon Back’

(When out of ammo on weapon) ‘Aim’

Allows Predator to ‘Aim’ while jumping

Causes melee weapons to A pose Predator when moving

Plays ‘Aim’ sound for Plasma Caster (This effect is stackable) 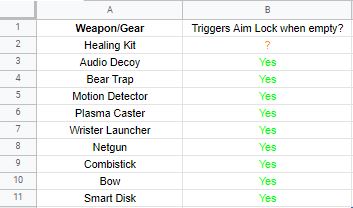 Nothing extraordinary to note

Check out the PHG: Bug/Project Repository community on Discord - hang out with 32 other members and enjoy free voice and text chat.

I had 5 times yesterday 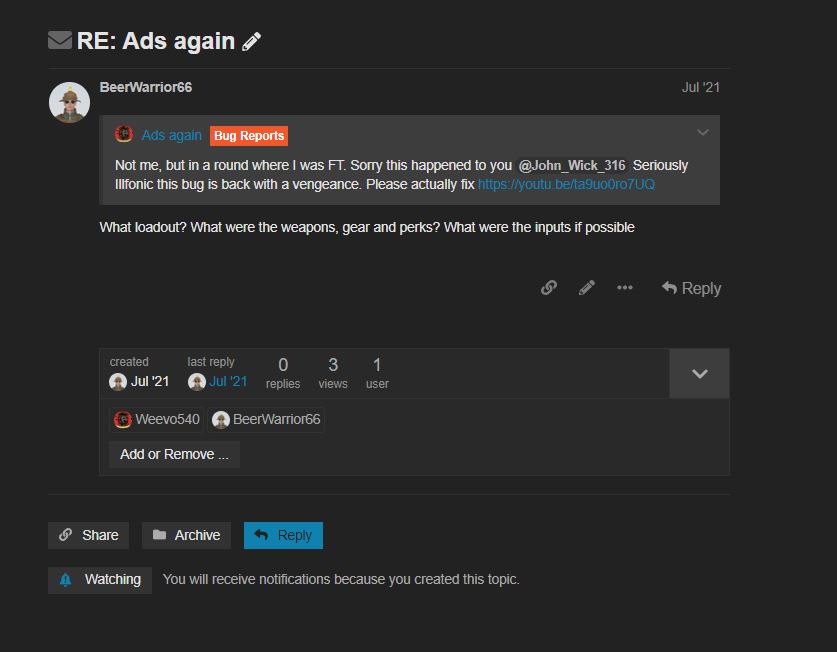