This new Class’s character type is modelled on the character Dillon (although I personally would prefer if they had the body type/similar clothing to a STGZ grunt, for blending in). Dillon should be his own character. The base character can be of either sex, even if there is a distinct lack of women working for STGZ.

The Medic is a true support unit, their Class is designed to keep their team on there feet and fighting. The character model could have a med bag strapped to their left leg and Syrette’s in their vest. A smaller backpack then the Assault class clearly marking them as Paramedics.

I picture lab coats, just going to say it up front. They can have combat vests on underneath it/over it but I really like the idea of lab coat scientist. (Also picture the camo lab coats, hilarious)

This class may have the option of not starting with any weapons. This gives them a non-target status, definition below. They can instead bring equipment into the match using these slots (see below). Picking up weapons from weapon cases to arm yourself removes your non-target status, if you have a gun you get marked.

Non-target Status works similar to the C.I.A. ability it prevents you from being marked by the Predator, it does not make you immune from being hunted or from the Iso-scan. The Predator can still hurt, kill and claim you even if you’re unarmed. (It’s just dishonourable)

Each of the items below fill either a Primary or Secondary weapon slot, if it does end up being the class skill of the Researcher/Lab Tech then only they will be able to select them. Hopefully it isn’t that limited. They can be carried or placed in the environment as noted.

Personal Detection Unit - Secondary Slot, carried. This unit gives a radar like overlay to your mini map and detects large movement in the form of pings as the sweep goes by, if the Pred is stationary it won’t be detected. The info that is provided will need to be tailored as to not be to powerful. Detects running pigs as well unfortunately, or as balance.

Briefcase Seismic Detection Device - Primary Slot, stationary. After being placed and calibrated (20 sec), this device highlights any explosions or impacts on the ground, landing from leaps or slams shows the location of impact on all FT mini maps within 100 meters of placement. Little expanding circles. (Can be destroyed by 2 direct Plasma blasts.)

Micro Turret - Primary Slot, stationary. 45 degree field of fire, uses a smaller mini gun as its model and has a detection range to the edge of the mini map from where it’s placed. Can pan up or down at about 20 to 25 degrees from level. It’s tracking isn’t perfect and if a Pred is traveling through it’s fire radius they should expect to take about half the shots or a little less if they leap up out of the cone. It’s an area denial weapon, not an insta-kill. This doesn’t count as a weapon while not deployed.

Portable Lab - Secondary Slot, carried. Allows for analysis of any mission objectives as soon as they are acquired. A short cut past objectives that might leave you exposed.

Satellite Uplink - Secondary Slot, carried. Allows you to upload data to Zeus without using an enemy system. Another short cut the Researcher can provide. Laptop model carried, could be funny them holding it in front of their chest.

Drone - Primary Slot, Placed but not stationary, after placing the Drone it will follow the person who deployed it. It fly’s at roughly 20 feet and is capable of avoiding some incoming fire from the Predator but is destroy-able after reducing its hit points. The advantage it gives is highlighting all enemy units on the mini map without you needing to see them. (Has gear upgrades). Very large drone, not something you carry around and so must be launched at deployment.

Could also be a type of equipment. In fact I think it’s likely to be the case at some point, sorry if I’m covering ground that is already planned.

Multi-spectrum Goggles - These allow a visual overlay that is ‘designed’ to making seeing through the Predators cloak easier. Need field testing for refinement.

Blood tracker - After sampling a Pred’s blood sample from the ground, it allows you to see them on your mini-map. Sampling take a long interaction. Tracking will have a time limit to not break the Pred’s ability to evade.

Drone Remote - Allows the Drone from above to be piloted as a Smart Disc. Giving the operator the ability to spot the Predator as the Drone. You crouch and control it by watching a screen on your screen, allowing you to still see some of your environment while piloting it.

Drone Turret - Allows the Drone to fire a weapon, limited ammo that has to be restocked using ammo Crates (creating a drain on that resource). Don’t require the Remote to activate this feature, simply spot the Predator and the drone fires. It does not worry about obstructions to its line of fire and that’s on the operator. Obviously you must have a Drone as your Primary to select this.

Edit - Here’s a link to the first Class I tried designing.

New Class - Radio Tech This class is Similar in build to an Assault, they probably started their career as one, however somewhere along the way their talent for information or technology was trained and they gained a new team responsible, protect the radio and keep lines of communication open with base. First Class Skill - Radio, not so much a skill as a piece of equipment. It allows for the operator to call in reinforcements one time per match. (The radio can be damaged by explosions and dir…

10 Likes
The Lazy Legacy.
How about an ability to carry off and hang up a downed team member, so they couldn't be revived?
Some ideas
Lazycollinator July 31, 2020, 11:16pm #2

Ill be honest im a bit to tired to comprehend this gear/equipment system atm, But the ideas here are actually really good. Ima add this to the collection and ima probably look at it again when im not tired to really analyze it.

Definitely going to read this later. Like what I’ve read so far. Is a demolitions class or flamethrower included?

This gives them a non-target status

Does this mean they can’t be scanned/highlighted/trapped? Or just a please-don’t-hit-this-person thing?
100% onboard for any suggestion regarding unique roles that directly encourage target prioritization or discourage being attacked & giving FT a variety of playstyles. I’d argue for debuffing the pred if they kill the unarmed early even. Just would need a game mechanic in place to deter scientist bodyblocking until they pick up a gun.

Also on the topic of classes, demolitions or anyone with frag grenades left should be able to blow themselves up and deny a claim just because.

No but you are certainly welcome to add one. I am working on a couple more class idea’s but I never considered a Demolition Class, that’s a damn good idea.

They can still get trapped, but yeah the system identifies threats, so if you don’t have any weapons it discounts you. The reason it doesn’t limit the Predator, is I didn’t want a team to try cheesing it by running 4 Researchers (Still want to try that).
So the Predator can still kill or claim them, it just makes you a less honourable Pred but with no mechanic that punishes you. Not against the devs adding one but also didn’t want the class ruled out because it gets a bonus class skill in Non-target Status.

way to steal others ideas and post a huge forum about it… You start adding class… it starts to become class specific loadouts. Thats what I think

Have at it. Buddy

UNLEASH THE WOLF FOR NEXT PREDATOR DLC General Discussion

[image] maps, loadouts, and weapons. Scout Pred, Zerk, and now hunter to find a niche Everything right now is pretty balanced… O would just add more weapons… Rocket launcher for Ft and flamethrower We don’t need more guns- the only way it works is if the current guns get more attachments Reasons why no guns… cause 90 percent of the guns all use same bullets .50 .308 5.56 7.62×39mm 9mm .45 Adding more maps, missions, creative ideas, its the only thing thats going to keep th…

There’s no rocket launcher or flame thrower in my post.

If you mean right at the bottom of that post where it mentions turrets or a turret class, I don’t have a turret class and having a turret is just parallel thinking, they are common in these games.

Just like your flame thrower idea is the same as the other five people who suggested it.

If your post had any of the other stuff mine does, you might have a complaint or would you like credit for all turrets in all video games, asshole.

i’m just saying fuckhead that I have read numerous posts over and over about class loadouts.

They are not going to happen
Turrets arnt going to happen due to it being overpowered-Turret sniper camping on roofs
Until there is actual true class balance on FT… FT will always have advantage till the alpha game is no longer alpha…
Biggest nerf i can think of is health kits take up a weapon slot/ or 50 percent heal off healkits since they are everywhere. 50 percent heal also stops FT from toping off so if you only took 40 smg you only get 20 heal

Calling me a thief isn’t a good way to start a conversation.

I tried to balance both versions of the turret that I suggested to prevent it from being abused, it why I gave up and equipment is a class skill so if you want a turret you’re bring the turret in your primary slot and your playing that weaker class.

either way the ai needs huge adjustments… missions need to be longer… sniper needs sway on it cause its to ez to use. 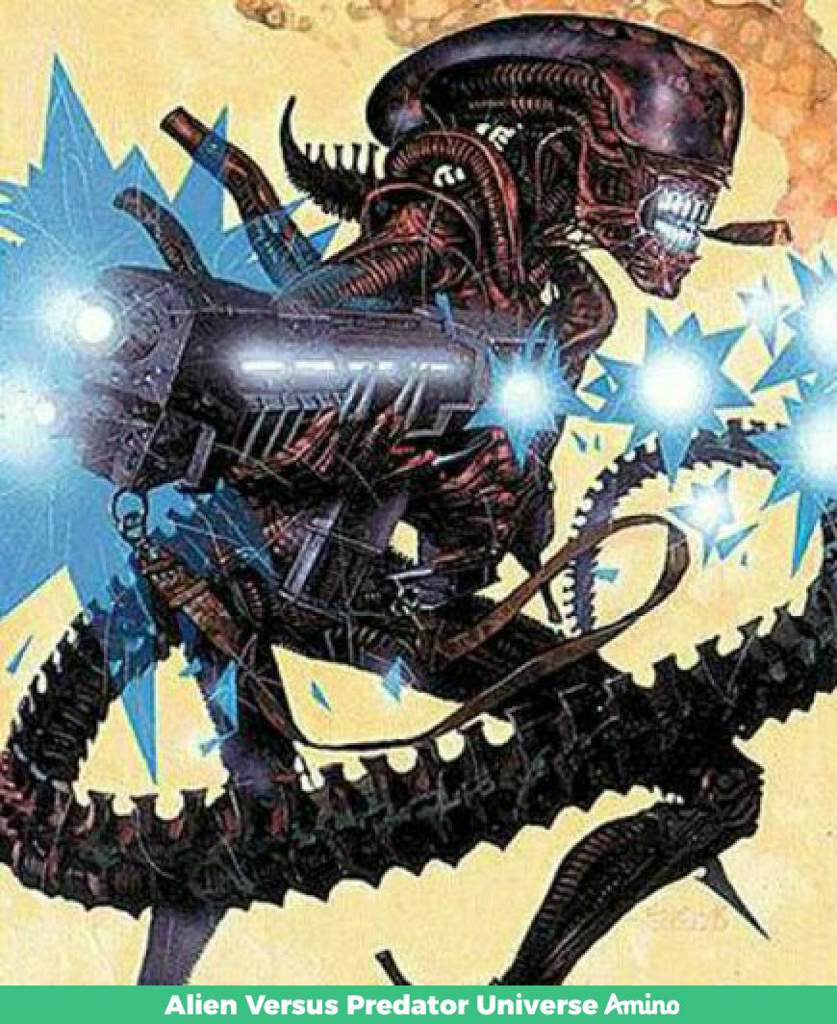 @YUPPERS I think you’re being a little overly aggressive.
He’s not going to get an award or paid for these ideas. I don’t think he’s ‘stolen’ anything.
People will often have similar ideas than other people. I’m sure many of the perks I came up with, others had already thought of.

If you both have the same ideas and want the same thing, surely this is a good thing?

Let’s focus on supporting those with similar ideas to ourselves, as hopefully the end result is us all getting a game that has more of the content many of us want to see.

it came off wrong… all im trying to say is were all prolly tired of hearing about classes or improvements… not tired of peoples ideas… tired of the linear game-play and in slot best items. No matter what a pred at higher elo is running plasma pistol and combi or elder and this isnt what i hoped for.

Sounds like we’re totally on the same page! :D
I’m sick of all those things too!